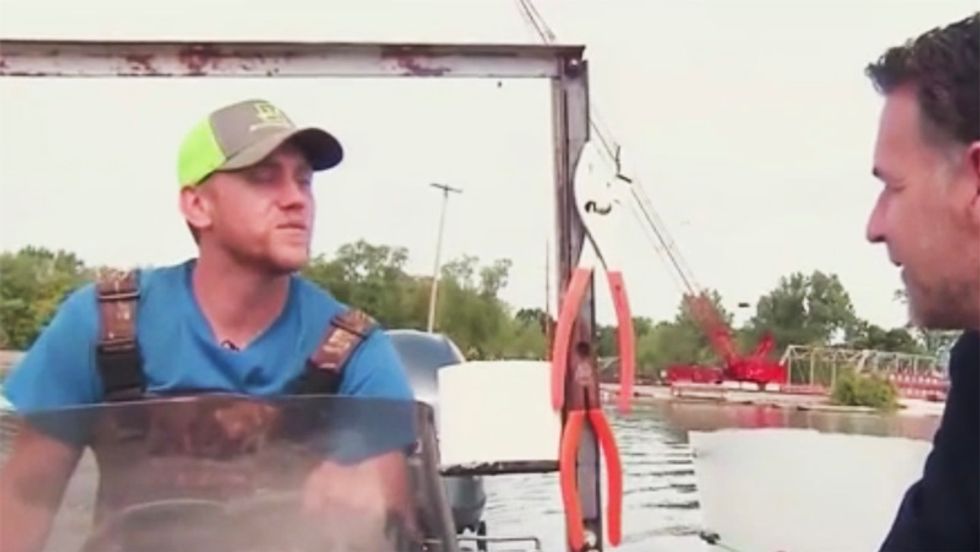 "We're in in four feet of water. So halfway up the grille of the tractor," said Jones.

He added that "we aren't going to make any money this year" because China has drastically reduced its imports of American soybeans — and that while he will receive some income from the government assistance to farmers promised by Trump, he does not know how much it will be.

"Farmers don't want a bailout," he said. "We don't want government money. We just want a free market. Most farmers are still supporting President Trump, but I think it is wearing out. The flooding is obviously more the tariffs might be more frustrating, because somebody has control over the tariffs."

Despite all of this, Jones emphasized how much pride he takes in his line of work.

"You don't get your food from the grocery store. I mean you get it from the grocery store, but we're out here working our tails off to grow it for you," he said. "Farming is a passion. It's what I love. We don't farm for money. It is what I love. I mean my dad does it, he did, it my grandpa did it, my great grandpa did it, right here on this land. Fourth generation on this farm. And I take pride in that. And I just have a passion for agriculture. Unfortunately."