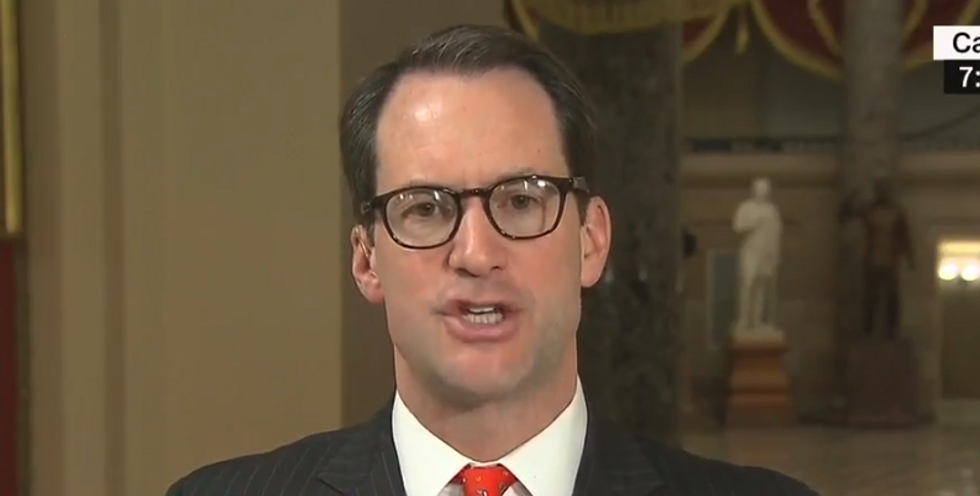 Rep. Jim Himes (D-CT), a moderate Democrat and a member of the centrist New Democrat Coalition, went on CNN on Tuesday to explain why he has changed his mind and now supports starting an impeachment inquiry into President Donald Trump.

In an interview with CNN's John Berman, Himes said that Trump has regularly shown that he doesn't care about obeying the law, as evidenced by his decision to completely shrug off his own Office of Special Counsel's finding that adviser Kellyanne Conway has repeatedly violated the Hatch Act.

"Kellyanne Conway had clearly broken the law and she should be removed from office," Himes said. "And the president said, 'Ah heck, that doesn't matter.'"

Himes also said that he was infuriated by the Trump administration's decision to refuse to answer any questions about its proposed changes to the 2020 census.

"So there's one week where the president... basically says, 'Screw you' to the Congress," Himes explained. "Our system is built around the idea that the president will be deferential to the Congress. If that doesn't exist, we essentially have a king!"

He also subtly criticized House Speaker Nancy Pelosi's (D-CA) strategy of holding back on impeaching Trump as too politically calculating.

"If all you're doing is kind of playing the odds and figuring out the statistics in the fact of appalling behavior, we won't be galvanized," he said.