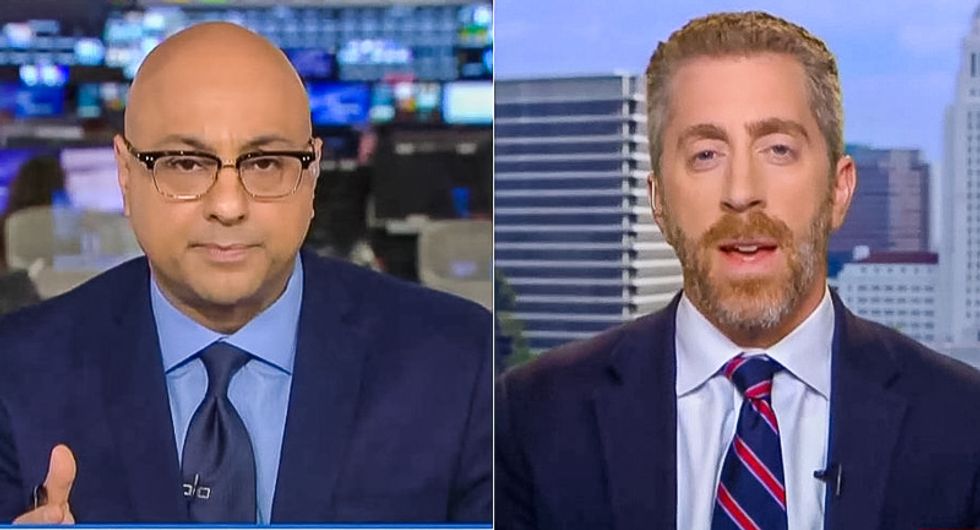 Velshi kicked off the interview by asking for "solutions" to abortion.

"Many Americans do not like the idea of abortion, but don't believe in criminalizing the women who have them," Velshi explained. "Let's take a step back from the debates over the laws that are going on in those states and talk about solutions."

At that point, the MSNBC host brought in Pollak, who works for the right-wing publication Breitbart.

Pollak said that he favored persuading women not to have abortion through means other than legislation. He also attacked laws supporting abortion rights in left-leaning states.

"A lot of this was triggered by radical laws in place in New York and Virginia and now under consideration by the governor in Illinois, which basically did away with bans on late-term abortion," the Breitbart editor opined, "and have extended abortion right up to birth."

Pollak did not provide evidence of abortions in the U.S. being performed "right up to birth."