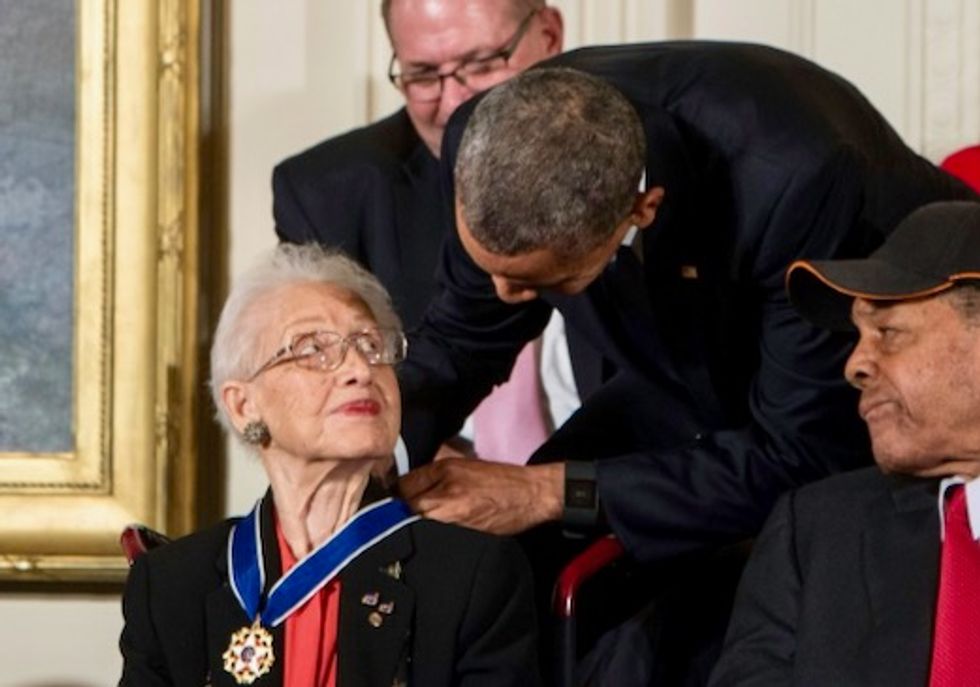 NASA has renamed the street outside its Washington headquarters to honor three black female mathematicians whose pioneering work on the agency's early space program was chronicled in the film "Hidden Figures".

Katherine Johnson, Dorothy Vaughan and Mary Jackson provided pivotal contributions to space flight research from the 1940s through to the 1960s, when the United States first sent men to orbit and then walk on the Moon.

Despite their achievements, all three had to confront the racial segregation of the era.

They were among dozens of African-Americans, both male and female, who worked as mathematicians and physicists for the US space program, even as they were forced to use separate bathrooms from whites, and were barred from the same restaurants and schools frequented by whites.

The trio's work was largely forgotten until they were profiled in the book "Hidden Figures" decades later by author Margot Lee Shetterly, later adapted into the 2016 blockbuster of the same name.

AFP / PAUL J. RICHARDS The trio's work was largely forgotten until they were profiled in the book 'Hidden Figures' decades later by author Margot Lee Shetterly

Shetterly said the decision to ordain Hidden Figures Way honored "the contributions of unseen individuals who were there at the beginning of the story, and whose persistence and courage have delivered us to where we are today."

"These female mathematicians were doing the heavy lifting in aeronautical research and many, many other fields long before those chunks of electronic circuitry became the defining feature of our life and work," she said at a Wednesday ceremony outside NASA.

In 2015 US President Barack Obama gave Johnson, who is now 100, the Presidential Medal of Freedom, the highest civilian honor in the United States.

NASA will next month celebrate the 50th anniversary of the successful Apollo 11 mission and humanity's first Moon landing.

The agency last month announced its plan to return astronauts to the Moon by 2024 through its "Artemis" program -- named for the twin sister of Apollo in Greek mythology.