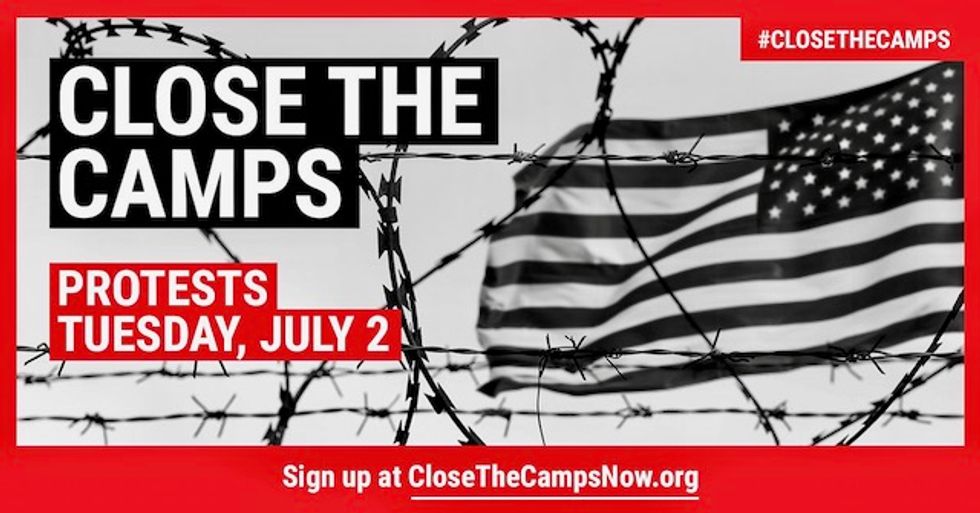 "We need to fight for immigrant families and stop Donald Trump's racist policies, and we can only do it together."

As appalling details of the conditions at immigrant detention centers in the U.S. continue to pour in—with one doctor recently comparing them to "torture facilities"—a coalition of rights groups on Friday announced nationwide "Close the Camps" demonstrations for next week to protest the Trump administration's treatment of migrant children.

"We've seen the images and heard the stories coming out of child detention centers," said MoveOn.org, one of the groups helping to organize the events, which are set to take place Tuesday, July 2.

Find an event near you.

"Children denied soap and toothbrushes, crowded into unsafe conditions," MoveOn wrote on its website. "Separated from their families, subject to cruel treatment that leads to lasting traumas. And some dying in custody—or dying with parents as they cross the Rio Grande."

These conditions are not an accident, MoveOn said.

"They are the byproduct," the group wrote, "of an intentional strategy by the Trump administration to terrorize immigrant communities and criminalize immigration—from imprisoning children in inhumane conditions to threatening widespread raids to break up families to covering up reports of immigrants dying in U.S. custody and abuses by ICE and CBP agents."

To call attention to these horrific conditions and mobilize opposition, MoveOn, United We Dream, and other advocacy groups planned demonstrations at local congressional offices nationwide as lawmakers return home for July 4 recess.

ANNOUNCEMENT: There will be nationwide protests on Tuesday, July 2 demanding the closure of the inhumane immigrant… https://t.co/CA7DmDsjA1
— MoveOn (@MoveOn) 1561732344.0

The organizations laid out three core demands on their website:

It's going to take all of us to close the camps.

This Tuesday, July 2, while members of Congress are home for the Fourth of July holiday, we will gather at 12 p.m. noon local time at their local offices in protest. Our demands:

Will you join a local Close the Camps protest near you this Tuesday, July 2? Find an event or start your own, and bring everyone you know. Can't attend or host an event? Text CAMPS to 668366 to continue taking action to #CloseTheCamps. 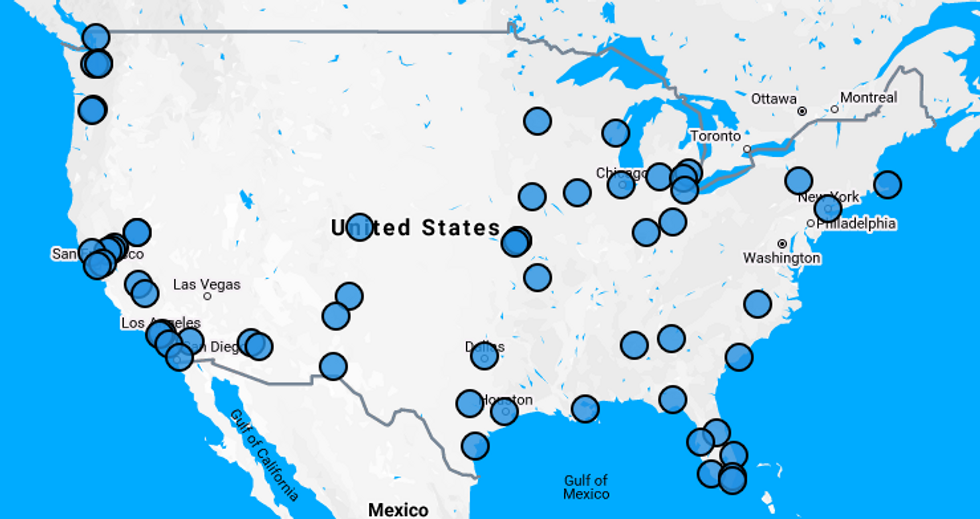 "We need to fight for immigrant families and stop Donald Trump's racist policies," Warren said, "and we can only do it together."

Our work is licensed under a Creative Commons Attribution-Share Alike 3.0 License. Feel free to republish and share widely.
Report typos and corrections to: corrections@rawstory.com.