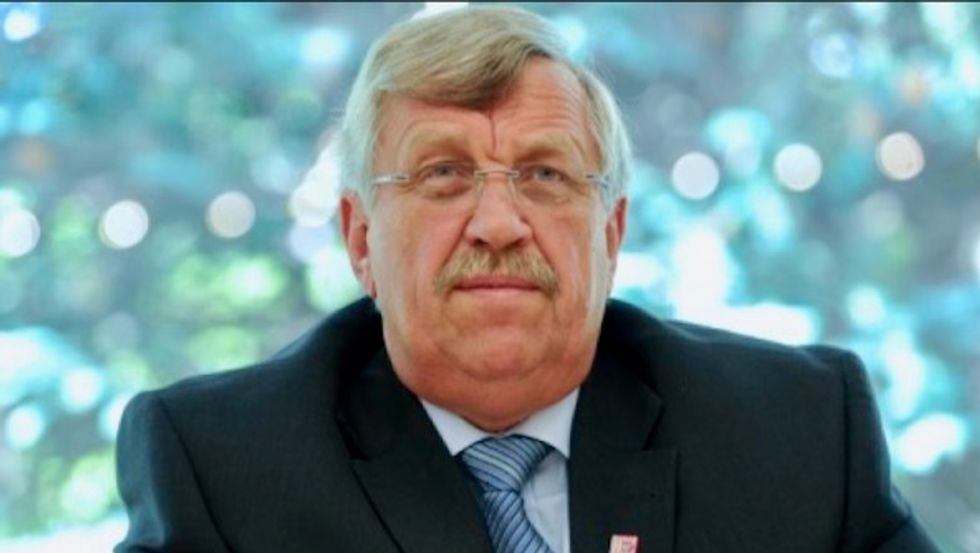 Walter Luebcke was an outspoken defender of Merkel's decision to welcome refugees and in 2015 drew the wrath of right-wing extremists by telling Germans who objected that they could leave the country. dpa/AFP/File

The key suspect in the killing of a pro-migrant politician has admitted to the gun murder, Germany's interior minister said Wednesday after a special parliamentary commission hearing.

Stephan Ernst, 45, a far-right militant with previous convictions, is in custody for the assassination-style murder of local politician Walter Luebcke on June 2.

Speaking after the parliamentary hearing, Interior Minister Horst Seehofer said the "suspect has confessed" to the killing and "said he acted alone."

Investigators are now looking into whether others may have known of Ernst's plans or even collaborated with him.

"We will also examine intensively in which circles he moved recently and in the last years," said Seehofer.

"Therefore the clarification of this political murder is not over."

The killing has deeply shaken Germany, and raised questions about whether the country has failed to take seriously a rising threat from neo-Nazis.

"It is now clearly confirmed that there is a far-right background," Greens interior affairs expert Irene Mihalic told AFP after the parliamentary hearing.

The burning question is which network Ernst was linked to, and "whether this was tied to the NSU". If so, "then part of the history of the NSU would need to be rewritten".

The far-right militant group National Socialist Underground (NSU) killed nine Turkish and Greek-born immigrants and a German policewoman from 2000 to 2007, and carried out bomb attacks and bank robberies.

Luebcke was an outspoken defender of Merkel's decision to welcome refugees and in 2015 drew the wrath of right-wing extremists by telling Germans who objected that they could leave the country.

Railing against migrants, the AfD scooped around 13 percent of the vote in 2017 general elections, becoming the biggest opposition party in parliament.