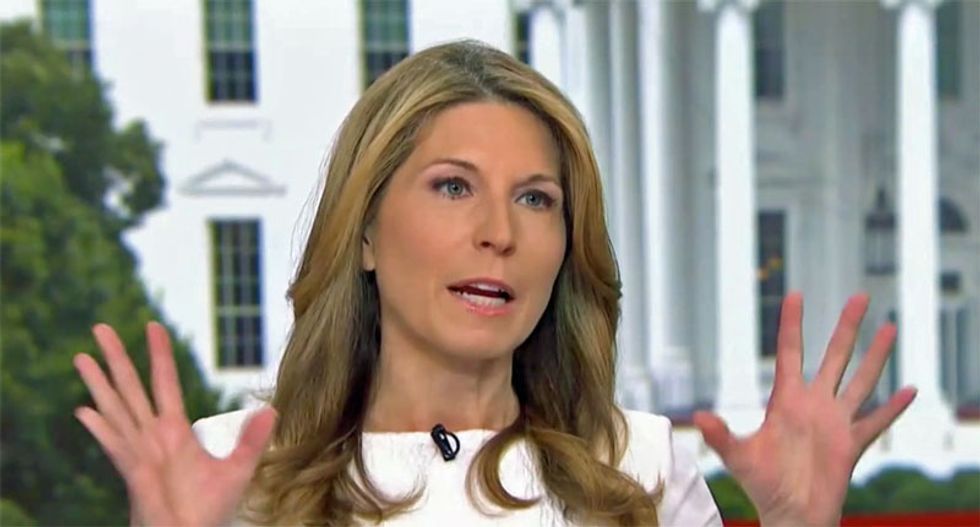 Prior to her journalism career, Wallace was a top Republican strategist who served as White House communications director in the George W. Bush administration.

"Apparently, talk of being sent to prison is his real trigger," she continued. "For the second straight day, the president is ranting about Nancy Pelosi, saying she’d rather see him serve time in prison for his alleged crimes than be impeached."

"Today the president is calling Nancy Pelosi disgusting and a disgrace with this tweet sent on his way home from the UK," she noted.

Nervous Nancy Pelosi is a disgrace to herself and her family for having made such a disgusting statement, especiall… https://t.co/bC8fpvt6qd
— Donald J. Trump (@Donald J. Trump)1559926667.0

...and have no intention of doing anything other than going on a fishing expedition to see if they can find anythin… https://t.co/XGtC7iNvUK
— Donald J. Trump (@Donald J. Trump)1559926668.0

The Republican Party is finding itself increasingly fractured as more members of the GOP disavow Donald Trump despite concerns within the party that it cannot survive without him.

On Sunday, Rep. Adam Kinzinger, R-Ill., a fierce critic of the former President and one of ten House Republicans who voted to impeach him, declared in an NBC interview that policy takes less of a priority in the GOP than one's fealty to Trump. "I think what I'm used to saying to any Republican that's maybe kind of confused by the moment we're in is policy doesn't matter anymore," he argued. "It literally is all your loyalty to Donald Trump. As I've said before, this is something that, like, echoes a little bit out of North Korea, where no matter what policy comes out, you're loyal to the guy."