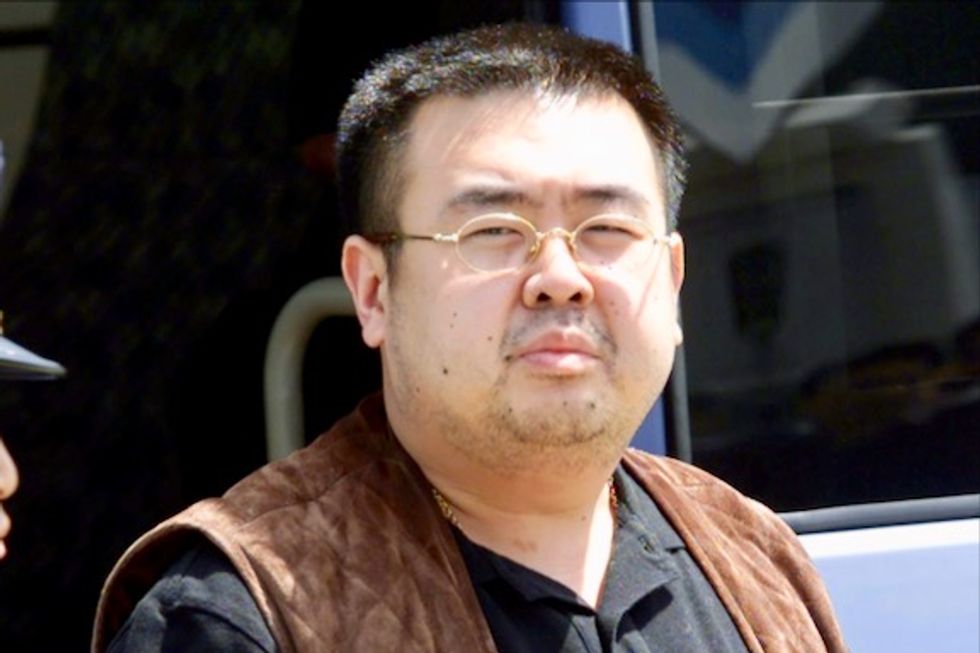 Kim Jong Un's estranged half-brother was an "informant" for the US Central Intelligence Agency before his assassination in 2017, according to a new biography of the North Korean leader published Tuesday.

Kim Jong Nam met with his CIA "handlers" in Southeast Asia before he was poisoned with a nerve agent in 2017 in Malaysia, journalist Anna Fifield said in her book "The Great Successor."

"Kim Jong Nam became an informant for the CIA, an agency with a track record of trying to bring down dictators it didn't like," she writes.

Living in virtual exile, Kim Jong Nam may have met with officers of the US spy agency just before he was killed allegedly at the order of Kim Jong Un, who saw the older Jong Nam as a rival for power, according to Fifield.

"His brother would have considered talking to American spies a treacherous act," wrote Fifield, who has reported on North Korea for years as a Washington Post correspondent.

Just before his death in the Kuala Lumpur airport, she wrote, "security camera footage showed him in a hotel elevator with an Asian-looking man who was reported to be an American intelligence agent."

"Kim Jong Nam's backpack from the airport contained $120,000 in cash," she said, positing it could have been payment for spying -- or money from his gambling business.

The Wall Street Journal reported separately on Tuesday that it was told by an unidentified source knowledgeable about the matter that "there was a nexus" between Kim and the CIA.

Citing former US officials, The Journal said Kim "was almost certainly in contact with security services of other countries, particularly China's."

There was no official comment yet from Pyongyang on the allegation.

But in Washington, President Donald Trump, who has sought to negotiate North Korea's denuclearization with Kim Jong Un, suggested he would not have permitted the CIA to recruit Kim Jong Nam.

Trump told reporters Tuesday that he had just received a "beautiful letter" from the North Korean leader.

"We have a very good relationship together," Trump said.

Asked about the CIA's links to Kim Jong Nam, Trump said: "I don't know about that. Nobody knows."

"I know that the relationship is such that that wouldn't happen under my auspices," he said.

KCNA VIA KNS/AFP/File / KCNA VIA KNS North Korean leader Kim Jong Un (R) saw his half-brother Kim Jong Nam as a rival for power, according to a new book

Kim Jong Nam died after having his face smeared with the outlawed VX nerve agent at Kuala Lumpur International Airport on February 13, 2017 in a Cold War-style assassination that shocked the world.

Two young women, one Vietnamese and one Indonesian, were arrested and charged with the murder. They insisted they were tricked by North Korean agents into carrying out the hit and thought it was a reality TV show prank.

Malaysian prosecutors eventually dropped the murder charges against them earlier this year, and both were released.

Once seen as the natural successor to his father and then-leader Kim Jong Il, Kim Jong Nam apparently fell from grace after being deported from Japan in 2001 for trying to enter on a forged passport to visit Disneyland.

Since then he lived outside of North Korea, mainly in the southern Chinese enclave of Macau.

Fifield said he ran gambling websites and "lived in the shadows amid gamblers, gangsters and spies," while keeping some links to the regime.

However, she said, he was also wary of the possibility of being murdered by Kim Jong un, to eliminate a potential family rival to the "throne" of North Korean leadership.

That, according to the Wall Street Journal report, would have limited his value as a source of intelligence. Former US officials told the newspaper that Kim Jong Un had no known power base in Pyongyang that would have kept him informed.