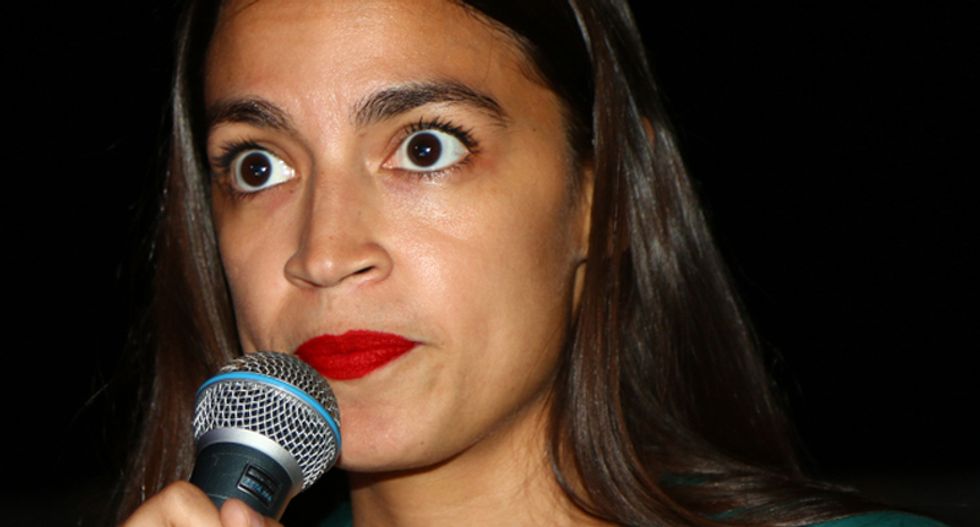 Rep. Alexandria Ocasio-Cortez (D-NY) on Saturday slammed President Donald Trump for “[phoning it in”] at the G-20 summit on Osaka, Japan — and argued that his daughter, Ivanka Trump, is unqualified to represent the United States at such a high-stake meeting.

Ocasio-Cortez’s criticism came after a video of Ivanka Trump went viral over the weekend, showing the president’s daughter appearing to try and interject herself into a conversation with Canadian Prime Minister Justin Trudeau, British Prime Minister Theresa May, and International Monetary Fund (IMF) chief Christine Lagarde. The video was released by the French government.

In a tweet Saturday, Ocasio-Cortez wrote, “It may be shocking to some, but being someone’s daughter actually isn’t a career qualification.”

And watch the original clip here: