Palestinians ‘not willing to give up their misery’, Israeli historian says 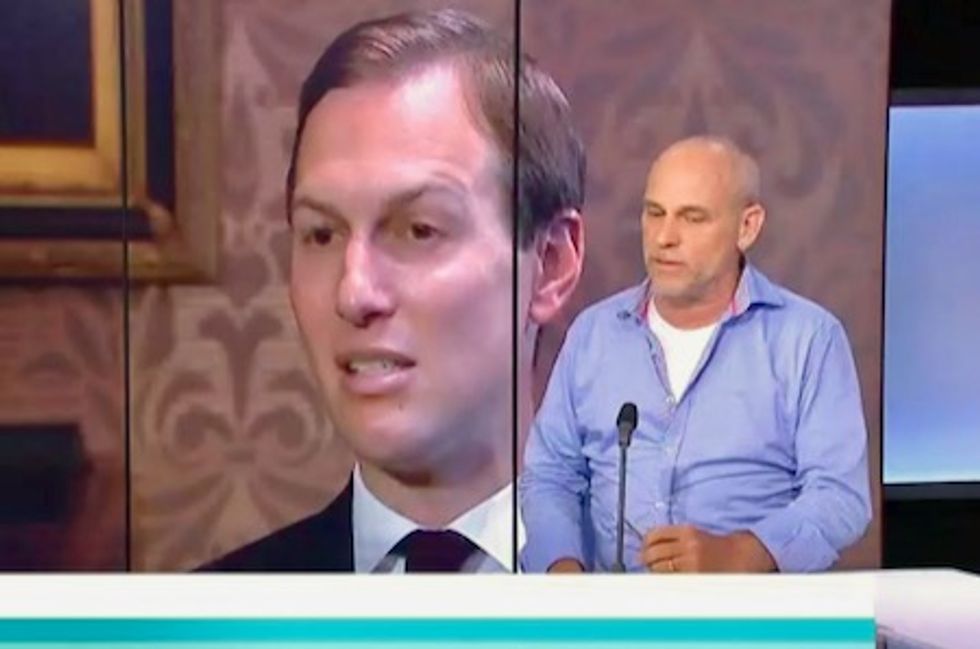 Gaudi Taub and Jared Kusner on screen in background

The Palestinian leadership should sign on to the US economic development plan and worry about their political status later, Hebrew University of Jerusalem Historian Gaudi Taub told FRANCE 24.

Palestinians are wrong to reject the $50 billion US blueprint to rebuild the Palestinian economy, which US Presidential advisor and son-in-law Jared Kushner said is a precondition to peace in the region, Taub said.

“This is five times more than what it took to reconstruct Japan after World War II,” he said. “If they stop sinking money into terror tunnels and corruption, they can have Singapore in Gaza.”

Taub contended that, despite what they say, the Palestinians are not truly interested in statehood. “I think they’re not completely honest about it because in our world of moral kitsch, where victimhood is moral justification for everything, I think the one asset the Palestinians are not willing to give up is their misery,” he said. “They have a leadership that is keeping them at a state of perpetual victimhood.”