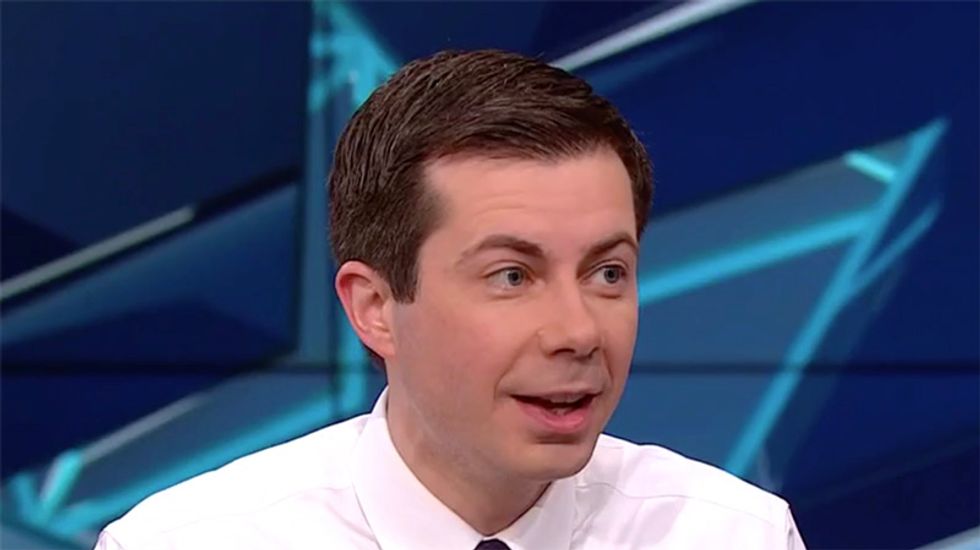 In an interview with Axios, Mayor Pete Buttigieg said that "statistically" it makes sense that out of the 45 presidents in American history, one of them was LGBT. Statistics aside, the reality is that former President James Buchanan has prompted historians to question.

The moment came when the Axios HBO show questioned what the young mayor would do when he's attacked for being "too gay."

"Republicans claimed that John Kerry was a traitor in Vietnam. That Barack Obama was a Muslim. If you were to win the nomination, they'll say you're too young, too liberal, too gay to be commander-in-chief. You are young. You are a liberal. You are gay. How will you respond?" asked Mike Allen.

Allen questioned if Buttigieg truly believed we'd had a gay president, to which he responded, "statistically" it must be the case.

Historian Jim Loewen is one of several who thinks that Buchanan was America's first gay president," TIME reported in 2012.

"He is the only president to have remained a bachelor throughout his life," the report explained, recalling his niece who took over the duties of first lady. "He shared a home with William Rufus King, an Alabama Senator and Vice President under Buchanan's predecessor, Franklin Pierce. Their relationship was reportedly so close that Andrew Jackson and other contemporaries referred to them as 'Miss Nancy' and "Aunt Fancy.' "

"Aunt Fancy" was a commonly used 19th-century euphemism for an effeminate man, wrote Judith S. Neaman and Carole G. Silver in The Wordsworth Book of Euphemisms.

Former Tennessee Governor Aaron V. Brown, who served as the Postmaster General similarly had a nickname for Buchanan, referring to William Rufus King as Buchanan's "better half."

In the 1800s, "The Closet" was not a phrase used for anything other than a wardrobe where one puts one's clothes. So, Buchanan never came out of the closet to all Americans.