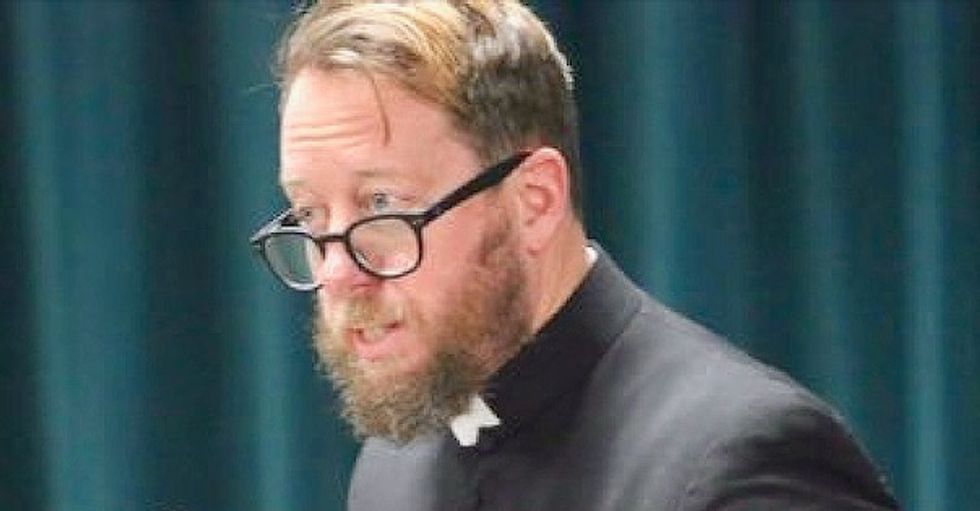 Catholic priest who took to Twitter Monday to urge women to dress "modestly" at church services to "protect" men's "purity" is getting criticized for what some are calling misogyny. And rather than listen to what others have to say,, Father Kevin Cusick is reveling in his 15 minutes of fame and using the attention to spread anti-LGBT tweets.

Cusick himself notes he got "ratioed," meaning his remarks outraged so many that the comments far outweigh the likes and retweets. So he compared himself to Jesus on the cross.

Cusick, whose bio says he's a retired Navy chaplain, is defending his tweet telling women how to dress by saying he's "prayed about it," and is not going to back down.

"Ladies, a priest I know was forced on Sunday to ask a woman at Mass to cover her shoulders," Father Cusick tweeted. "Please help the priest to protect the purity of the men at holy Mass by choosing to dress modestly. The alternative is awkward for all involved. Thank you."

He went on to say, "I’m not backing down from this. I’ve thought about it, I’ve prayed about it and i’m not to going to engage in the endless Vatican II style debate that goes back-and-forth constantly and ends up nowhere."

The attacks came, and in response Father Cusick apparently decided to use the attention as an "opportunity to state important catholic doctrine" that his critics "would otherwise never hear," as one supporter who Cusick retweeted claimed.

So what "important catholic doctrine" is Father Cusick posting?

This attack on a transgender child: 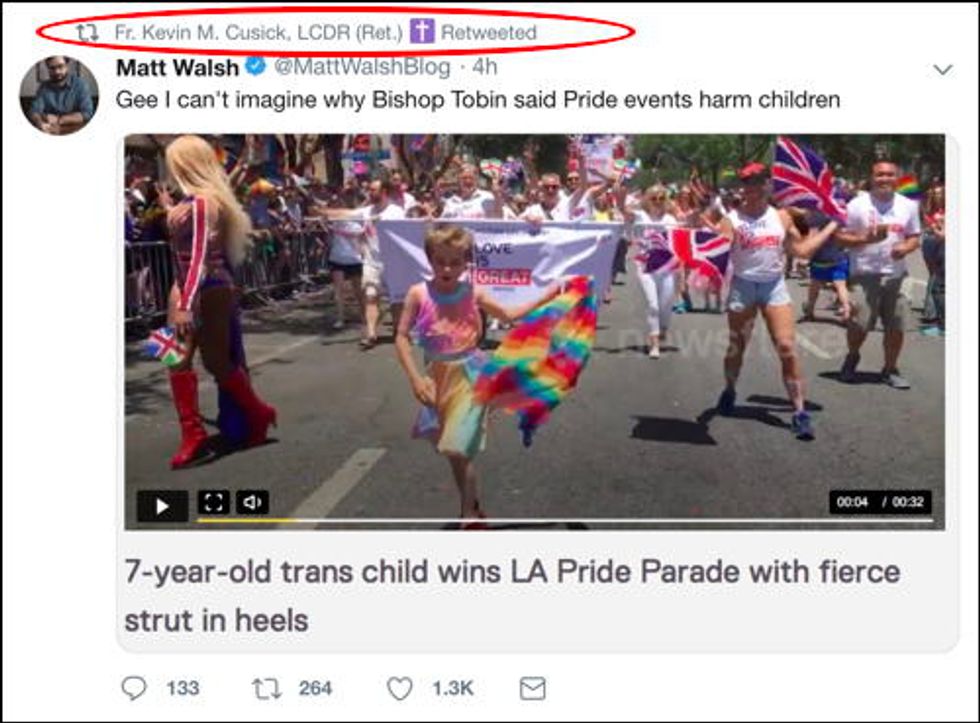 And this homophobic attack on countless thousands of marriages:

And he retweeted this attack on LGBTQ Pride, which is likened to a deadly sin:

He also retweeted this attempt to smear Snapchat and LGBT people, via a conspiracy theorist (and alleged alt-right supporter) who serves as editor-at-large for Alex Jones' Infowars:

And he posted this from an anti-immigrant hate group head: