Rachel Maddow gets to the bottom about why Trump 'freaked out' so much at report U.S. hacked Russia 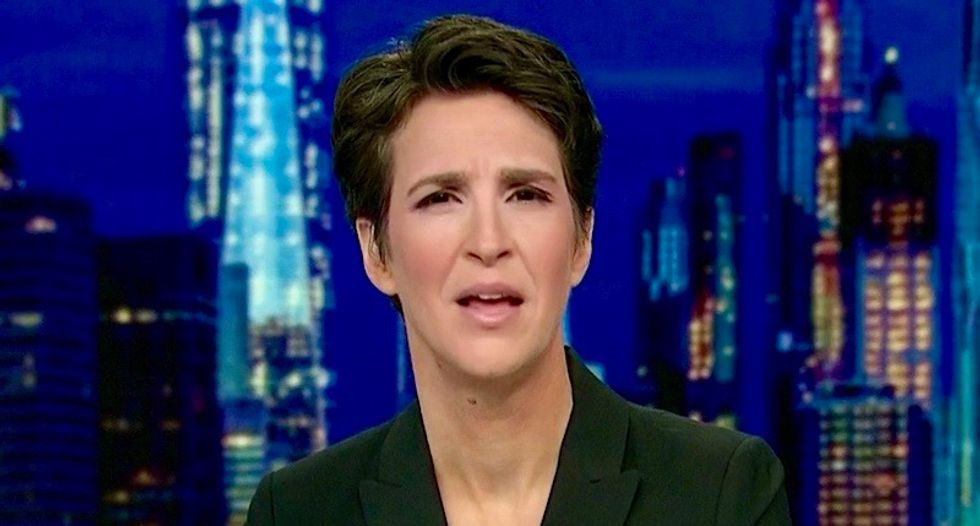 "The weird things here are two things about the way the story has broken and both have to do with President Trump," she noted.

"The first really strange thing about the reaction is President Trump’s response to it online. This story apparently sort of made him flip out," she said, putting his Twitter reactions on screen.

Do you believe that the Failing New York Times just did a story stating that the United States is substantially inc… https://t.co/Zrf9rgki3V
— Donald J. Trump (@Donald J. Trump)1560647723.0

"Why is the president so freaked out by this news article?" Maddow wondered.

"First of all, if The Times report being something that is not true and the U.S. hasn't developed this capacity, why would it be treason for The New York Times to report that the U.S. has done this?" she wondered. "It would be treason? Really?"

"Also, why are you so flipped out about the potential consequence?" she asked. "What do you think the consequence might be of Russia thinking we have upped our cyber capacity against them?"

"What’s the scary consequence for you? The president is reacting to this like this is the worst thing in the world to have a new offensive capacity towards Russia. Why is that so scary to you that that’s in the paper?" she continued.

"It’s a weird response from the president, what is he worried is going to happen now that that’s public news? What do you think the consequence is going to be of Russia learning we have done this?" she asked.

"The other weird part is the president might have freaked out about this news. He might have first learned it from The New York Times," Maddow noted. "Cybercommand may have been doing this and developing this offensive capacity in Russia without ever telling him that is what they were doing."