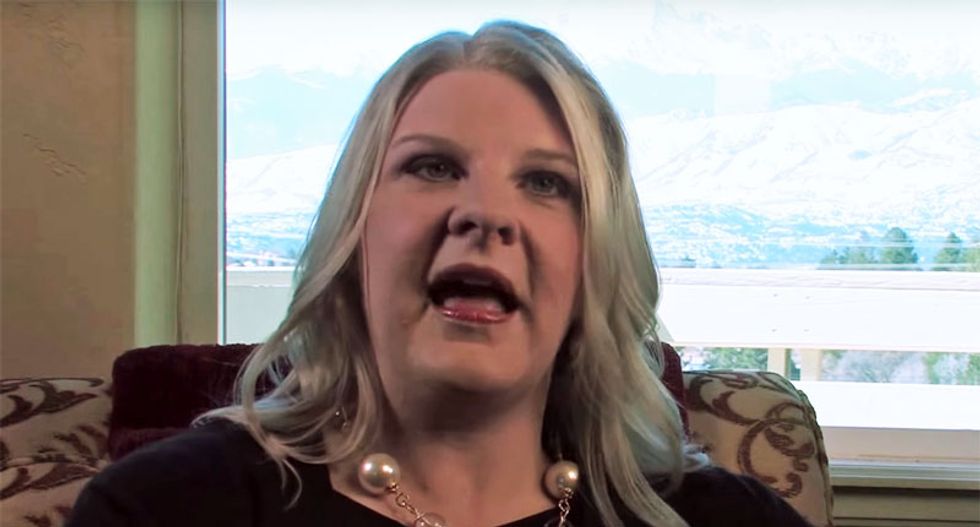 One of Colorado's leading gun activists is free on bail after being charged for flashing a gun at a federal agent, the Colorado Springs Gazette reported Monday.

"Kanda Calef, a former Republican candidate, political activist and a hard-line gun rights supporter, faces a felony menacing charge after allegedly brandishing a pistol at a U.S. marshal in Interstate 25's Gap construction zone," the newspaper reported. "Calef, now free on $2,500 bail, is due in Douglas County’s 18th Judicial District on Wednesday, where she is expected to enter a plea to the charge."

"Calef is a prominent advocate for limited government, conservative funding approaches and Second Amendment rights. She failed to win the Republican nomination last year for Colorado’s House District 14, and she lost a 2015 bid for the Colorado Springs City Council to incumbent Larry Bagley," the newspaper noted.

During the incident, Calef reportedly, "accelerated to about 90 mph and changed lanes multiple times."

The trooper who pulled her over called for backup, with "weapon unholstered."

In an interesting twist, Calef sits on the 4th Judicial District Commission which evaluates the performance of judges.

The Denver Post has described Calef as "an adamant Trump supporter."

If convicted, Calef would be banned from owning firearms.