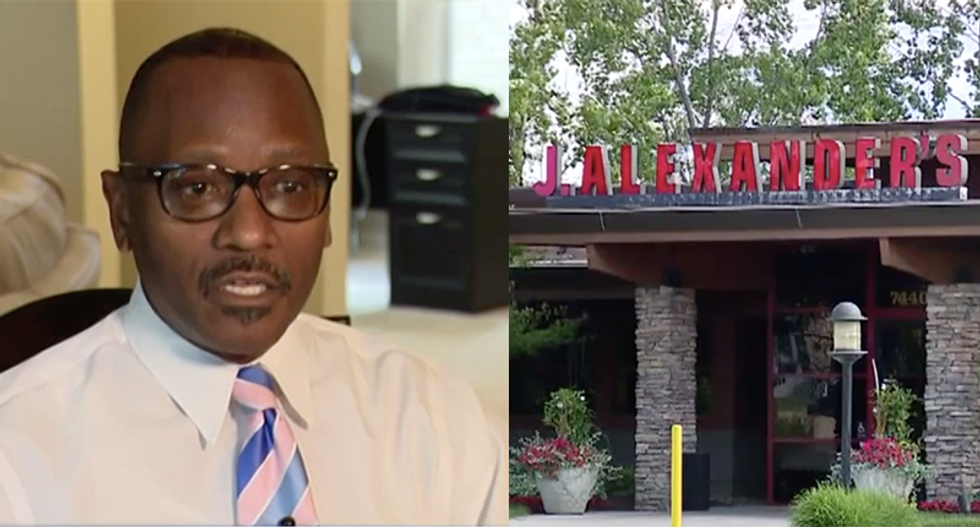 A trip to a suburban Detroit restaurant ended with a couple having food and the N-word thrown at them, according to a WJBK report cited by The Grio.

Jerrick Jefferson told local reporters that a customer hurled the slur at him and his wife while visiting the J. Alexander restaurant in West Bloomfield, Michigan.

“A gentleman from the bar area, a Chaldean gentleman, emerged from his seat and called us the N-word several times and started throwing food at us,” Jefferson said to WJBK. “The manager basically said, ‘I’m walking away.’ Those were her exact words, ‘I’m walking away.’ She went up to talk to another manager. I approached both of them and I said, ‘Is there any reason why Black people in this restaurant can’t get any respect?’"

Another Black female customer came up to the Jeffersons after seeing the behavior and said one servers refused to seat her at the bar until the rest of her party arrived. The server then threw a drink at her.

Cheryl Sutton observed the incident and said she couldn't believe Black customers could be treated that way.

“We were all shocked,” she told WJBK. “In fact, I talked with my girlfriend today and said, ‘Can you imagine we were sitting there that close dining with people who really felt that way about us?’”

The restaurant said that they apologize to the customers who saw the incident unfold and claimed they don't tolerate inappropriate behavior by customers or employees.