Sarah Huckabee Sanders could be the future of GOP: columnist 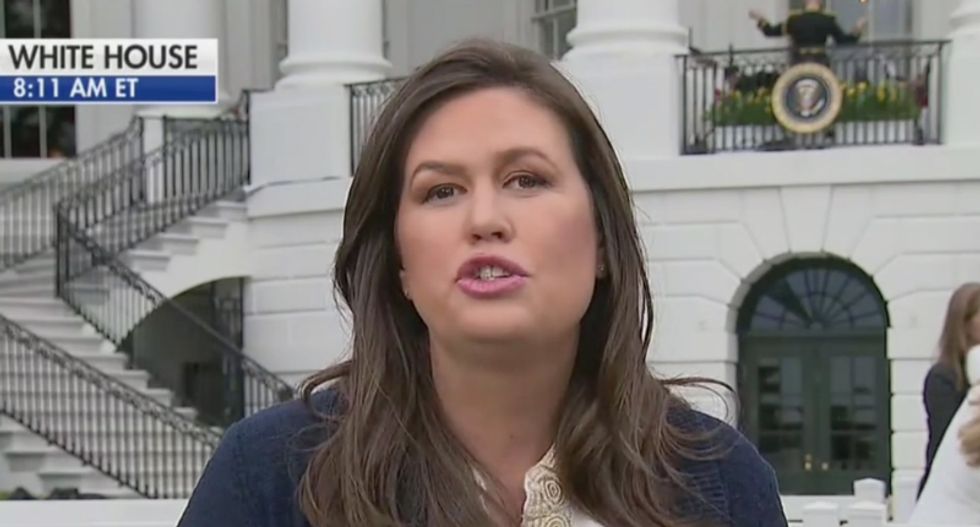 Last week, Sarah Huckabee Sanders announced that she's stepping down as White House spokeswoman. The end of Sanders' embattled tenure prompted a range of reactions, from reporters celebrating her departure to Trump fans and provocateurs Diamond and Silk offering to take the job next.

Now y'all know that Diamond And Silk​ would dismantle and destroy the fake news media on day one. It would be the… https://t.co/CfbleACHNm
— Diamond and Silk® (@Diamond and Silk®)1560619013.0

Sanders' departure after sticking through two and a half years of near-constant criticism has generated speculation that she plans to run for Governor of Arkansas, where her name recognition might give her an advantage over competitors.

Writing in The New Yorker, columnist Paige Williams assessed the significance of Sanders' next act.

Williams notes that Sanders' job was complicated by President Trump.

"As I reported last September, in a profile of Sanders for The New Yorker, no previous White House press secretary answered for a President who tweeted his id; who found something to like about Nazis; who lied habitually, and seemingly without consequence; who dismissed journalists as the “enemy of the people”; and who shrugged off a hostile foreign nation’s attempts to sway a U.S. Presidential election," she writes.

"Yet Sanders defended Trump through one appalling moment after another. She showed a willingness to engage in divisive forms of televised political combat with the press, and had an appetite and aptitude for doing so."

And that won her points with the GOP base -- which spells trouble for the party.

"Republican voters admired her tactics: eight out of ten view her favorably, according to a Gallup poll from 2018. Democrats, alienated and outraged, wanted to know: Why does she do it? (And when will she please stop?)," Williams writes.

"Surely, Sanders did not condone the President’s vile comments about women, especially his bragging about grabbing them “by the pussy.” Surely, she saw the danger in an American President professing admiration for a barbarous tyrant like Kim Jong Un. (Trump’s chumminess with Kim is now a campaign point. Pete Buttigieg, a Democratic candidate for President, told an audience the other day, “You will not see me exchanging love letters, on White House letterhead, with a brutal dictator who starves and murders his own people)."

Williams concludes that in the three years before the Governor's race, Sanders has the opportunity to figure out how to present her legacy.

"The next governor’s race in Arkansas is scheduled for 2022. Three years is an eternity in politics, but it is plenty of time to get settled, raise money, and, as some prospective candidates do, publish a memoir. It is also enough time for Sanders, who is still in her thirties, to decide whether she would govern like her father, like Trump, or in her own way."