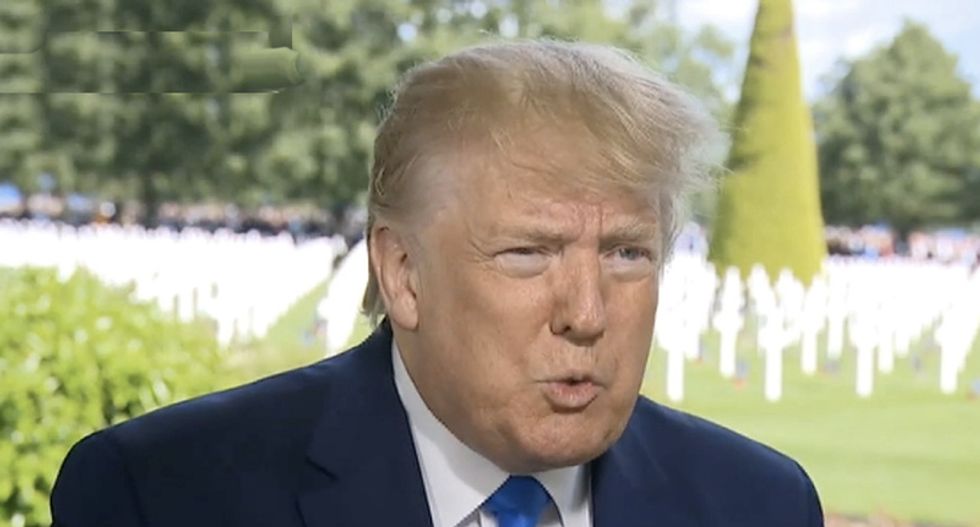 On Friday, the editorial board at The Washington Post ripped Presdient Donald Trump over his escalating relationship with Iran.

They explained that Trump had taken "reckless" actions against Iran that could put Americans in danger.

"Trump has ordered a series of provocative actions toward the Islamic republic that, on Thursday, produced the entirely predictable images of oil tankers burning near the Strait of Hormuz — and the very real danger of escalation toward armed conflict," the editorial board wrote.

They noted that it would be in Trump's best interest to de-escalate the situation.

"The administration is talking about steps short of that, such as providing U.S. naval protection to ships transiting the Gulf. But Iran will likely continue to seek ways to inflict pain on the United States and allies such as Saudi Arabia and Israel. If Mr. Trump genuinely wishes to avoid further escalation, he should pursue a credible diplomatic outreach to Iran, perhaps in concert with the Europeans — and he should set goals that are achievable. De-escalation by both sides would be a good start," they wrote.