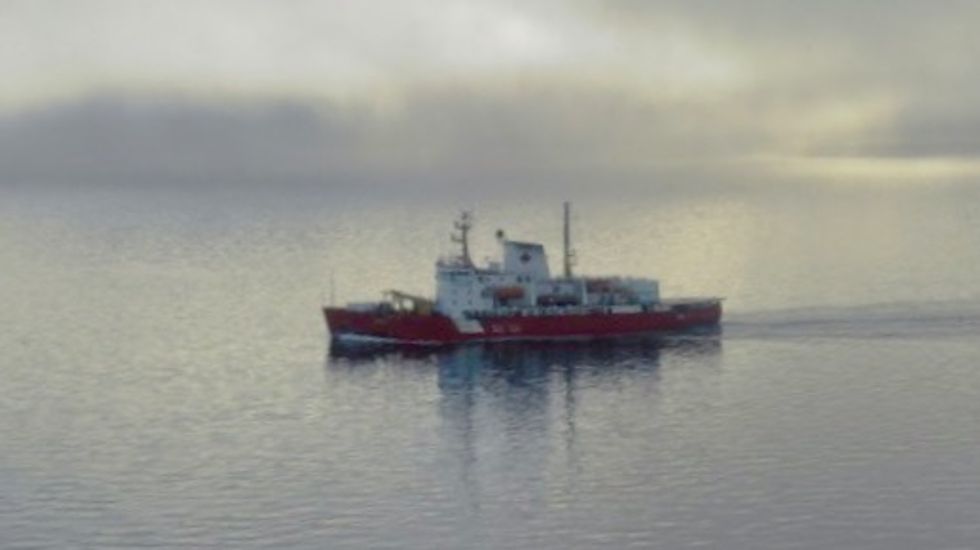 A Canadian Senate committee on Wednesday called for a stronger defense of the country's sovereignty in the Arctic as retreating ice brings increased foreign interest in far north resources and navigation.

In a report, the committee said Ottawa must regulate shipping and enhance maritime and aerial surveillance in the Arctic, as well as improve the Canadian Coast Guard's icebreaking capacity, and equip Inuit Rangers with marine capabilities in order to project its authority over the vast and rugged region.

According to the latest estimates, Canada's Arctic is warming at three times the global average rate.

The 3.5-million-square-kilometer region, which the US Geological Survey thinks could hold vast amounts of undiscovered oil and natural gas reserves, is home to only 100,000 people.

But melting ice is opening a shorter shipping route between the Pacific and the Atlantic -- connecting markets in Europe and Asia.

The Senate report, titled "Northern Lights," was released as Ottawa is updating its Arctic policy framework.

It notes only one dispute over land in the Arctic -- tiny Hans Island, which both Canada and Greenland claim.

Canada and the United States are also at odds over a maritime boundary in the Beaufort Sea. Canada says the boundary should run along the 141st meridian, while the US has argued for the use of the equidistance principle, which more closely reflects the direction of the respective coast lines.

The US also disputes Canada's control of the Northwest Passage, connecting the Davis Strait and Baffin Bay in the east to the Bering Strait in the west.

As recently as last month, US Secretary of State Mike Pompeo called Canada's claim to the waterway "illegitimate."

Canada in May filed a continental shelf submission to the United Nations to establish its Arctic claim under the UN Convention for the Law of the Sea.

The US, however, has not ratified the UNCLOS treaty.

The report notes that some parts of Canada's claim overlap with Russian and Danish submissions, but concludes that Russia is unlikely to challenge Canada's claim to the Northwest Passage as it would undermine its hold on the Northern Sea Route.

China has sidestepped issues of Canadian Arctic sovereignty, while its investment and shipping activities have largely been in the Russian Arctic.

But Beijing is not likely to want the US and Russia to "have safe sanctuary in the Arctic," and so is likely to add Arctic capabilities to engage both in the far north, Arctic expert Robert Huebert told the committee.

International law professor Suzanne Lalonde noted that the first Chinese vessel to navigate the Northwest Passage in 2017 did not ask Canada's permission, but Canadian scientists were invited onboard the Xue Long.