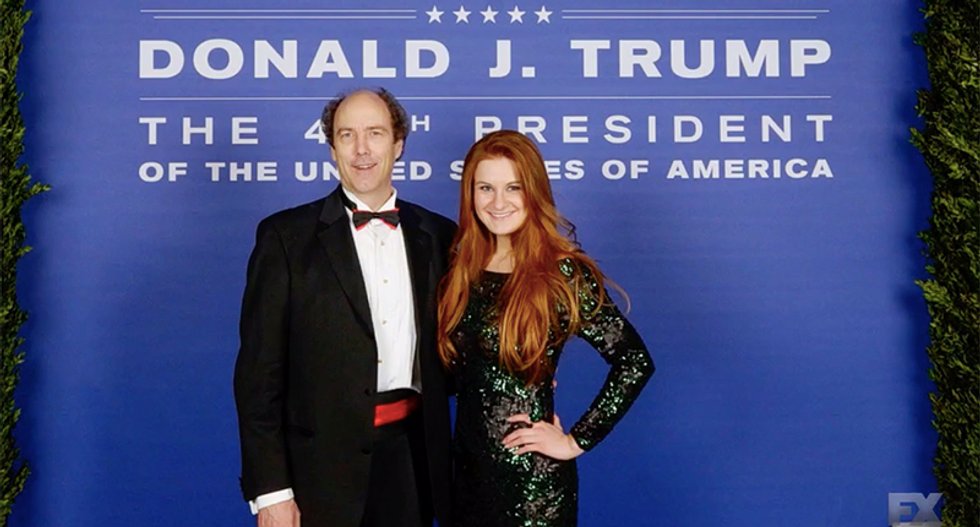 President Donald Trump's inaugural committee is under at least seven different investigations from federal, state and Congressional entities. A new report from The New York Times, however, went beyond the shady finances to show that several people who were named in the special counsel's investigation made an appearance at the fancy inauguration events set up for big donors and influential people.

One person the Times saw arriving, but was never photographed, was Viktor Vekselberg, a Russian billionaire with close ties to Russian President Vladimir Putin. He handed over at least $580,000 to Micahel Cohen around the inaugural.

Natalia Veselnitskaya, the Russian lawyer who held the infamous Trump Tower meeting, was photographed at an unofficial Trump inaugural event, The Times showed.

Admitted Russian spy Maria Butina was in attendance too.

All while Ukrainian politicians were posting "on their Facebook pages bragging about how they got access to some of these exclusive black-tie balls." They all claimed it was part of the American tradition, meeting the incoming president over champagne to lobby him about issues.

Watch the full report from "The Weekly" below: