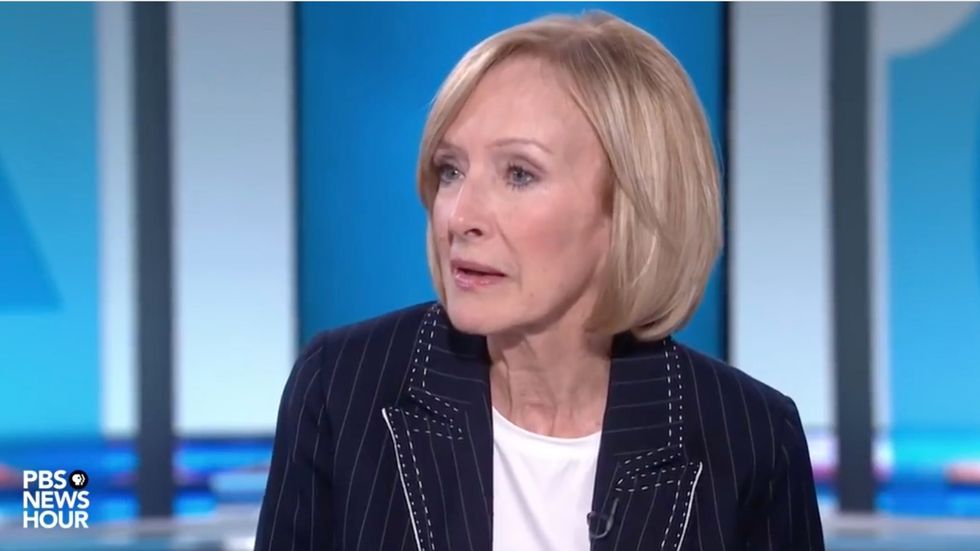 President Donald Trump is an unrepentant and unrelenting liar. It's hard to think of a more basic and fundamental fact about American politics, and yet somehow, many news outlets often refuse to state outright when Trump is deceiving the public.

There are some signs things are changing, as media reporter Paul Fahri pointed out earlier this week. He noted that some outlets seem to be getting more comfortable calling out Trump's lies as lies, despite initial hesitance. To prove this point, he cited recent headlines from CNN, Los Angeles Times, and the Financial Times. (He pointed to an example in the Chicago Tribune, as well, but it was an opinion piece, where standards are laxer.) The New York Times and the Associated Press, too, Fahri pointed out, have previously called Trump's promotion of birtherism a lie.

Yet the unjustified resistance to labeling many of Trump's lies as such persists.

Now, I should acknowledge that there is one good reason to avoid calling some of Trump's false claims "lies." Without putting to fine a point on it, Trump has clearly and repeatedly demonstrated that he is not particularly well-informed about politics or policy. He gets a lot of his information from fact-intolerant outlets like Fox News. Because of these considerations, and the general facts about human fallibility, it's always worth considering whether Trump is just wrong or mistaken — rather than intentionally lying — when he says something false. Even if the truth seems obvious, Trump might just not realize what he is saying is wrong and would have said something different if he knew the facts. It may then be incorrect to call his claim a lie.

But above and beyond these considerations, the reluctance to label Trump's lies is perplexing. Fahri documents several of the other explanations given for declining to label a false claim as a lie:

Additionally, Judy Woodruff of PBS NewsHour has made a related claim about the policy of avoiding the word "lie" on her program: "We can’t know what’s in someone mind, so we’re much more comfortable with when somebody says something that cannot be born out by the facts, we say what they said was ‘inaccurate’ or ‘false.'"

All these points are seriously and deeply flawed.

Baquet's explanation is the most obvious wrong and, in fact, deeply pernicious. The standard shouldn't be for news outlets to expect that they'll be misconstrued as partisan and avoid labeling politicians liars for that reason. Instead, they should work to hold politicians to a single standard. And when someone like Trump comes along who lies constantly and maliciously, not calling out those lies as such repeatedly constitutes giving him unfair treatment. And it's not only unfair to Trump's political opponents, who may be playing by different rules. It's unfair to readers. If reporters have good reason to believe that something Trump — or any other politician — said is a lie, then it does readers a disservice to hide this conclusion in order to avoid accusations of bias.

That brings us to Kessler's explanation, echoed by Woodruff, which I suspect is actually the most common reason outlets sometimes avoid calling out Trump's lies. Since, as I've acknowledged, lying requires that the liar knows what their saying is a lie, some argue that determining whether a particular false claim a is lie requires that we "get into someone’s head."

But this is not so. It's true that there may be cases when it's hard to tell if someone is lying, but there are many cases when it is not hard. And reporters report on the inner contents of politicians' minds all the time. They say that Senator Mitch McConnell wants to get a Supreme Court justice confirmed quickly, or House Speaker Nancy Pelosi hopes she can keep her caucus in line. No one ever says, "Journalists aren't mind-readers, so how can they really know what McConnell wants or Pelosi hopes?" We all make reasonable inferences about others' mental states all the time; determining whether someone has lied, though it can be tricky at times, is not really any different.

Holan also made the claim that it's more important that people know what is true and what isn't true, rather than whether Trump is lying. Perhaps this is right in some cases, but it's often wrong.

For example, Trump has repeatedly lied when he claimed that his border wall was already being built. Reporters rightly fact-checked those claims, but it's actually not really that important whether there are thirty new miles of wall somewhere near the Rio Grande. For most people reading a news article, anyway, it won't make any difference in their lives at all. But knowing whether Trump is lying about a central campaign promise actually should be important to every voter who has to decide whether this man should be re-elected.

There are some gray cases, of course. Sometimes Trump makes false claims, and it's not clear if he's lying or just indifferent to the truth of what he's saying. Is that really a lie? I think it is — as president, Trump knows his words have more force than almost anyone else, and he's obligated to put in extra effort to verify assertions before he makes them. Obviously, he doesn't do this, and we have good reason to blame him. This kind of indifference to the truth is a form of lying through negligence.

Another, trickier quandary: What if Trump seems to believe his lies because he's lying to himself? I wouldn't be surprised, for example, if Trump came to believe his bogus claim about Muslims celebrating the 9/11 attacks in the streets of New Jersey, even though it's clearly false. But again, this claim has been so thoroughly debunked, and all the defenses of it are such transparent nonsense, that Trump really has no legitimate excuses for not knowing the truth. When he makes this claim, it's reasonable to say not just that he's wrong, but that he's lying.

One point I do concede is that it's not clear how much a difference this argument makes. If the New York Times, PolitiFact or PBS NewsHour started frequently labeling Trump's falsehoods as lies, will that change anyone's minds about the president? It probably won't. Defenders of the president already flatly write off the mainstream press.

But there would be one good thing to come from the change. By calling out Trump's lies as lies, whenever appropriate, news reporting would present a more accurate picture of the world. And there is value in that.