Speaker Nancy Pelosi is ready to see Trump 'in prison' 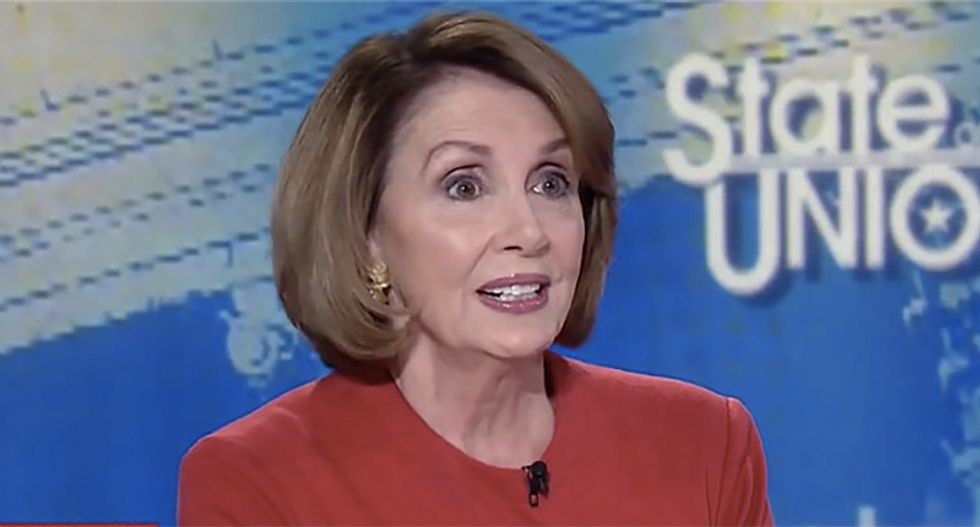 House Speaker Nancy Pelosi (D-CA) might be holding her caucus back on impeachment, but she admitted Wednesday that she'd like to see him "in prison."

The moment came during a tense meeting with Judiciary Chairman Jerry Nadler (D-NY), Politico reported. Multiple sources said that many officials have been battling behind closed doors about investigations into Trump.

“I don’t want to see him impeached, I want to see him in prison,” Pelosi said, according to sources. She still wants to see him fall at the ballot box, but the results of Trump losing the 2020 elections would likely mean several criminal trials.

She said she supports the pro-impeachment branch of her caucus but disputes the idea that now is the time to move in.

Pelosi has said in the past that certain conditions must be met before she agrees to move in that direction.