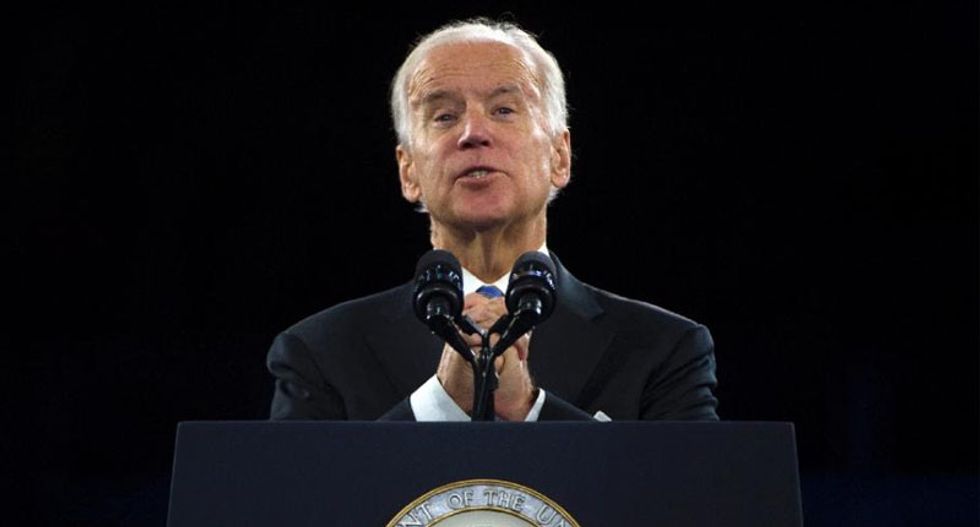 Charter schools have finally broken into the national political dialogue, with presidential candidates in the Democratic Party proclaiming their stances on these schools. But a national debate about charters and “school choice” will be an exercise in empty rhetoric unless the candidates’ views are grounded in the real consequences of how charter schools and school choice affect communities.

Although much of the debate is stuck to a bumper sticker message about the need for families to have a choice to attend charter schools, few if any candidates seem willing to acknowledge providing families with an option to choose charters can come with considerable costs to everyone else in the community.

To understand those costs, consider Pennsylvania, where the costs of charter schools are most blatantly apparent but nevertheless representative of the cost of charters everywhere.

Across the state, charter schools are part of what Dan Doubet tells me is “a perfect storm of economic factors crushing down on middle- and working-class families.” Doubet is executive director of Keystone Progress, a Pennsylvania-based activist group focused on progressive issues and community organizing.

Pennsylvania passed its charter school law in 1997 and now has 179 charter schools enrolling 135,100 students, the sixth highest charter school enrollment in the nation. One in four of these students attends “cyber charters,” statewide schools that operate online.

Although charter schools are promoted to Pennsylvania families as a free option to look outside their neighborhood public schools, the costs of charters are borne by local school districts—and all the taxpayers who support them. Charter schools now cost Pennsylvania taxpayers over $1.8 billion annually and account for over 25 percent of the state’s basic education funding.

Pennsylvania’s surging charter school costs are direct causes of rapidly rising property taxes across the state. When public school students transfer to charters, and per-pupil costs “follow the child,” Doubet explains, the bill for that cost comes due at the end of each budget year when local public schools have to make “tuition payments” to compensate charters for students who transferred. These mostly unplanned, unforeseen costs are often enough to tip district budgets into the red. And the only way to pay off the deficits and right the fiscal ship is to raise local property taxes.

“Everywhere you go you hear complaints about the huge burden that local property taxes have become,” Doubet says. “It’s tough for middle- and working-class families to come up with the money when their wages have stagnated for decades. And retirees on fixed incomes are especially hard hit.”

Public Schools Are at Risk

Recent reports by the Pennsylvania Association of School Business Officials (PASBO) seem to back up Doubet’s observations about the increasing financial burden posed by charter schools.

A recent PASBO report finds, “Charter school tuition is one of the largest areas of mandated cost growth for school districts.” With the current cost of charter growth at 10 percent annually, PASBO calculates at least $0.37 of every new dollar raised in property taxes in 2017-2018 went directly to charters. That figure will likely grow, the study says, and school districts will continue to see the costs of charters gobble up larger chunks of their basic education funding.

Because the state does virtually nothing to help alleviate these costs, school districts are forced to turn to property taxes. Another PASBO analysis, based on a survey of district superintendents in the state, finds more than one-third face a worsening financial picture in their districts—and they blame charter schools.

“With the state providing no state support for mandatory charter school tuition costs,” the study says, “the increases in this single budget item have the potential to decimate school district budgets.” To stave off the decimation, “school districts shifted resources from other areas of the budget, cut programs, and raised property taxes to cover the difference” created by rising charter school costs.

Another report, a 2017 study by the state’s Legislative Budget and Finance Committee, found that 51 districts now have “significant charter enrollment,” which the study determined is over 5 percent of student population in the district enrolled in charter schools. Of those districts, 40 percent were facing fiscal challenges, and over half of those districts requested and received approval to raise their school real estate taxes.

The financial strain is caused by Pennsylvania’s formula for funding charter schools, which is unique to the state but has, at its heart, a principle all charter funding methods share.

“The Pennsylvania charter funding formula is a dumpster fire,” Mark Weber tells me. “If you paid me to design a funding system that advantaged charter schools over public school districts—but did so in a way that the advantage was hidden in technical details—I’d probably come up with something that looks a lot like it.”

Weber is a public school music teacher in New Jersey and a recent doctoral graduate in education policy from Rutgers University. His popular “Jersey Jazzman” blog is a highly authoritative source for education policy analysis and commentary.

Some flaws Weber finds in Pennsylvania’s charter funding formula are peculiar to the state but indicative of how easy it is for school choice systems to surreptitiously burden public schools with increased financial costs.

“The formula is set up so there’s no change in funding if a charter takes proportionally fewer nonnative English-speaking students than the district educates,” Weber explains. “Same with economically disadvantaged students. This reality alone is enough to create huge problems with funding disparities.”

This one-size-fits-all way to account for per-pupil costs also doesn’t consider other variances in student costs not named in law, Weber explains—say for instance, the cost differences in educating elementary versus secondary students. Nor is there any accounting for less visible costs school districts pay for services such as collecting taxes, hosting community activities in school facilities, and holding athletic events and music and theater performances.

Per-pupil costs for special education students in the charter tuition formula are also calculated artificially low for public schools and artificially high for charters, Weber explains, so that charters are “overpaid” for each special education student they enroll, especially when those students have less profound disabilities. (Part of the “flexibility” charters get is the option to tell parents their children may not get the type of special attention they need for certain disabilities.)

The whole funding method for charter schools is made more disastrous when the charter operates exclusively or mostly online. “Cyber charters obviously have much smaller costs than public district schools,” Weber notes, “no facilities, much fewer staff, etc. Yet there is no mechanism to adjust for this difference in Pennsylvania’s funding law.”

But much of Pennsylvania’s flawed charter school method, Weber explains, is a problem that plagues charter school funding formulas everywhere and potentially can increase education costs for taxpayers across the board.

The belief that charter schools can be fully funded simply by letting a per-pupil cost follow the child from the public school to the charter is problematic, he argues. “Districts have fixed costs that cannot easily be cut as enrollment declines due to charter growth,” he explains, and taxpayers have to come up with more money to account for the rise in inefficiencies as public schools lose their economies of scale.

Numerous studies, including one authored by Weber, have shown that when a public school loses a percentage of students to charter schools or a voucher program, the public schools have “stranded costs” and can’t be reduced by an equivalent percent. Pennsylvania school leaders complain that even by year five after students have moved from public schools to charters, districts are only able to recoup between 44 and 68 percent of the cost of charter tuition for each student who left. Reports on the impact of charter schools in other states have found similar costs remaining behind long after students leave public schools for charters.

Indeed, the very idea of charter schools—that by law, they are exempt from many of the requirements public schools must adhere to—ensures “charter ‘cost’ is not the same as district ‘cost,’” Weber concludes. “Yet funding mechanisms for charter schools often assume they are.”

If charter schools guaranteed some kind of education premium—a significant boost in test scores or other measure of academic achievement—then perhaps that could justify the extra costs public schools incur to provide some parents a choice. But in Pennsylvania, that’s hardly the case.

According to a recent study by the Center for Research on Education Outcomes at Stanford University, charter school students in Pennsylvania, when compared with their counterparts in traditional public schools, make similar progress on reading exams but fare worse in math. The study also found significant variation in performance within the charter industry—with cyber charters performing especially poorly and urban brick-and-mortar charters perhaps providing some academic benefits to African American and Hispanic students.

Although the study relies on a somewhat questionable methodology, it reflects previous research that also found charter schools in the state generally score much lower on academic benchmarks than public schools do.

Certainly, the rise in charter school costs is not the only factor causing financial strain for Pennsylvania schools. Education funding in the Quaker State is already grossly inadequate and inequitable. Rising employee pensions and special education costs are also factors.

Certainly, other states do a better job of funding charter schools than Pennsylvania does. Most states pick up much more of the costs of charters and don’t place the burden solely on local taxpayers, as Pennsylvania does. But when the state pays the tab, that money has to come from taxpayers as well, either by increasing income or sales taxes, or by some other method.

And what’s unalterably true about charter schools everywhere is that their funding derives from the flawed belief that they can be paid for simply by taking money away from local public schools.

“Charters are redundant systems of school organization,” says Weber. “Redundancy increases costs because it is a less efficient use of resources. You can argue that the cost of ‘choice’ is worth it, and that’s fine. But you can’t credibly argue that there isn’t a cost. We have too much evidence that there is.”

Few politicians seem to understand this reality, and political discourse has yet to catch up to debates over rising costs associated with school choice in local communities where charters are now a large presence.

In states like Pennsylvania, the upward spiraling costs are now fueling “a growing resistance to charters as any kind of answer to education problems,” Doubet says. “People are catching on that inserting a private middleman into public services doesn’t diminish the costs of government.”

To learn more about school privatization, check out Who Controls Our Schools? The Privatization of American Public Education, a free ebook published by the Independent Media Institute.

Click here to read a selection of Who Controls Our Schools? published on AlterNet, or here to access the complete text.

This article was produced by Our Schools, a project of the Independent Media Institute.