The disturbing link between Trump, declining interest in the humanities and the death of American values 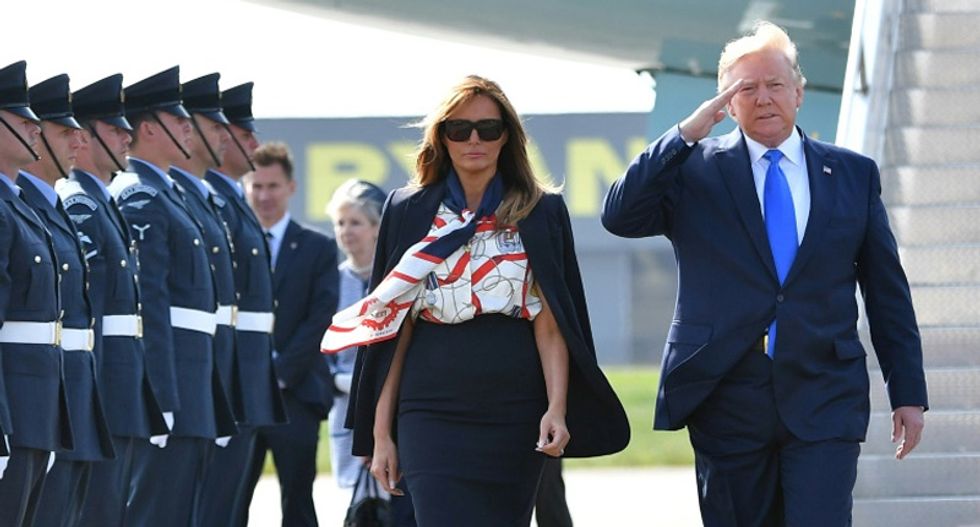 During April 2019 several pieces appeared on the HNN website dealing with the decreasing interest in the humanities, including history. One of them was entitled  “US declining interest in history presents risk to democracy.” Commenting on President Trump’s poor knowledge of history, it observed that he “is a fitting leader for such times.” Another article, abridged from The New York Times, was “Is the U.S. a Democracy? A Social Studies Battle Turns on the Nation’s Values.” These essays stirred me to ask, “What is the connection, if any, between President Trump, the decline of the humanities, and U.S. values?”

Let’s begin with American values. While any generalizations present difficulties, they can at least help us get closer to important truths. A valuable indicator of American values, first published in 1950, is historian Henry Steele Commager’s The American Mind.  Regarding “the nineteenth-century American,” he wrote, “Often romantic about business, the American was practical about politics, religion, culture, and science.” In the next several pages, Commager also generalizes that the average American’s culture “was material”; there “was a quantitative cast to his thinking”; “theories and speculations” disturbed him, and “he avoided abstruse philosophies of government or conduct”; his “attitude toward culture was at once suspicious and indulgent,” and he expected it (and religion) to “serve some useful purpose”; and “he expected education to prepare for life — by which he meant, increasingly, jobs and professions.” “Nowhere else,” the historian noted, “were intellectuals held in such contempt or relegated to so inferior a position.”

A dozen years after the publication of Commager’s book, Richard Hofstadter’s Anti-Intellectualism in American Life (1962) appeared. Over a year ago, I discussed that historian’s insights as they applied to present-day U. S. culture and President Trump.  Hofstadter noted that “the first truly powerful and widespread impulse to anti-intellectualism” arose during the Jackson era. This anti-intellectualism was common among evangelicals and it was reflected in the popularity of the Horatio Alger rags-to-riches myth, the increasing emphasis on vocational training, the popularity of self-help gurus like Norman Vincent Peale, and the strong impact in the early 1950s of McCarthyism.

I then indicated how all these points were connected to Trump, that he “epitomizes the anti-intellectual strain in American culture,” and that he has never “evidenced any interest in the humanities or liberal arts. Literature, history, philosophy, the arts, and any interest in foreign cultures have remained alien to him.”

At the end of Commager’s book he asked a number of questions about the future. What would U. S. education educate people about? How would Americans use their increasing leisure?  Increasingly abandoning “traditional moral codes,” would “they formulate new ones as effective as those they were preparing to abandon?” “Would they preserve themselves from corruption and decadence?” “Could they preserve their pragmatism from vulgarization?”

In the seven decades that have passed since the publication of The American Mind, the answers we have provided to these questions regarding education, leisure, morality, corruption, decadence, and vulgarization have been more negative than positive.

In 1985, Neil Postman wrote in Amusing Ourselves to Death, “Our politics, religion, news, athletics, education and commerce have been transformed into congenial adjuncts of show business, largely without protest or even much popular notice. The result is that we are a people on the verge of amusing ourselves to death.”  In 1993, Zbigniew Brzezinski, former National Security Adviser to U. S. President Jimmy Carter, stated that television had “become prominent in shaping the [U. S.] national culture and its basic beliefs,” that it “had a particularly important effect in disrupting generational continuity in the transfer of traditions and values,” and that it helped produce “a mass culture, driven by profiteers who exploit the hunger for vulgarity, pornography, and even barbarism.” By 2005, Postman’s son Andrew noted that entertainment had considerably broadened including the Internet, cell phones, and iPods.  By 2018, there was further broadening, and historian Jill Lapore wrote, “blogging, posting, and tweeting, artifacts of a new culture of narcissism,” became commonplace. Social media, “exacerbated the political isolation of ordinary Americans while strengthening polarization on both the left and the right. . . . The ties to timeless truths that held the nation together, faded to ethereal invisibility.”

How appropriate then that in 2016 we elect a TV celebrity (on The Apprentice), who in the words of historian Niall Ferguson, “is the incarnation of the spirit of our age. His tweets–hasty, crude and error-strewn–are just one symptom of a more general decline in civility that social media have encouraged.”

If Trump tells us something ugly about ourselves, what does that have to do with the present state of the humanities? In a 2018 essay, “Why Trump's Crassness Matters,” I indicated that “Trump’s crassness and lack of aesthetic appreciation reinforces an unfortunate tendency in our national character—to undervalue beauty.” The Frenchman Alexis de Tocqueville observed this already in the early nineteenth century, noting that we tended to “cultivate the arts which serve to render life easy, in preference to those whose object is to adorn it. . . . [We] will habitually prefer the useful to the beautiful, and . . . . will require that the beautiful should be useful.”

At times, some of our leaders have demonstrated an appreciation of beauty. Historian Douglas Brinkley has written long books on both of our Roosevelt presidents’ appreciation of nature’s beauties, and John Kennedy once said, “I look forward to an America which will not be afraid of grace and beauty, which will protect the beauty of our natural environment, which will preserve the great old American houses and squares and parks of our national past, and which will build handsome and balanced cities for our future.”

Unfortunately, however, Donald Trump’s philistinism and disrespect for our environment is all too common, as is lack of aesthetic appreciation—note his constant budget proposals to kill the National Endowments for the Arts and Humanities. Does not the fact that fewer university students are selecting courses in history and the other humanities and arts reflect some of the same reasons we elected our liar-in-chief Donald Trump? We overvalue such things as making money, “getting ahead,” glitz, and celebrity status and undervalue what the humanities and arts emphasize—beauty, truth, and goodness.

A month after Trump’s election I wrote that he reflected the “ugly side of American life.” A comparison that didn’t occur to me then, but does now is that our culture is like the popular understanding of a Robert Louis Stevenson character—Dr. Jekyll and his alternative personality, Mr. Hyde. Trump is the diabolical Mr. Hyde of our national personality. We also have a good Dr. Jekyll side represented by such individuals as Carl Sandburg, Dorothy Day, and Martin Luther King, Jr. Like the Jekyll/Hyde multiple personality, the two sides are battling for our soul.

Walter G. Moss is a professor emeritus of history at Eastern Michigan University a Contributing Editor of HNN. For a list of his recent books and online publications click here. His most recent book is In the Face of Fear: Laughing All the Way to Wisdom (2019), which treats humor from a historical perspective.