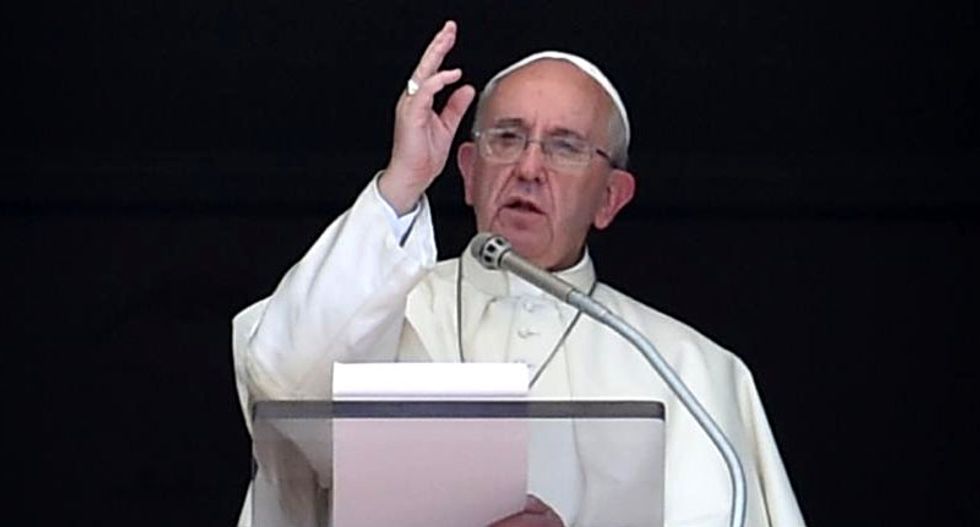 During the fourth-century, Sergius and Bacchus, two inseparable Syrian soldiers in the Roman emperor Galerius’ army, were outed as secret Christians when they refused to pay homage to the god Jupiter. The incensed emperor ordered them beaten, chained, and then, as their fourth-century hagiographer explained, paraded through the barracks with “all other military garb removed… and women’s clothing placed on them.” Both men were sent to trial; Bacchus refused to abjure his faith in Christ and was beaten to death by his fellow Roman soldiers as punishment. The night before Sergius was to be similarly asked to recant his Christianity, the spirit of Bacchus appeared before his partner. With his “face as radiant as an angel’s, wearing an officer’s uniform,” Bacchus asked, “Why do you grieve and mourn, brother? If I have been taken from you in body, I am still with you in the bond of union.”

Bacchus continued to offer his protection to Sergius, steeling the resolve of the later, so that when he was tortured and murdered the following day, he did it steadfast in his faith and love, the very voice of God welcoming the martyred saints into heaven as a pair. Historian John Boswell explained that in writings about the two, they were often referred to as “sweet companions” and “lovers,” with Sergius and Bacchus representing “to subsequent generations of Christians the quintessential ‘paired’ military saints.” There’s an anachronism to the term perhaps, but there’s credible reason to understand both Sergius and Bacchus as a gay couple. And, most surprisingly for some, the early Church had no issue with that reality.

Sergius and Bacchus were not a token example of same-sex love countenanced by the Church in the first millennium; there are several other pairs of canonized romantic partners, and both the Orthodox and Catholic Churches allowed for a ritual of same-sex confirmation called Adelphopoiesis. This ritual sanctified unions of “spiritual brothers” that was common among monks in the Latin rite West until the fourteenth-century, and that continued in the East until the twentieth-century. Boswell wrote in his (not uncontroversial) 1994 study Same-Sex Unions in Pre-Modern Europe that far-from the blanket homophobia which we often see as tragically defining Christianity, adherents of the early Church saw much to “admire in same-sex passion and unions.” In his book, Boswell argued from his extensive philological knowledge of sources in a multitude of original languages that Adelphopoiesis was not dissimilar to marriage, and that it allowed men to express romantic feelings towards their partners in a manner not just allowed by the Church, but indeed celebrated by it.

Obviously, this is a history which Bishop Thomas Tobin of Providence is unaware of, having tweeted on June 1st that “Catholics should not support orattend LGBTQ ‘Pride Month’ events held in June. They promote a culture and encourage activities that are contrary to Catholic faith and morals,” and with seemingly no trace of either irony or self-awareness added “They are especially harmful for children.” Medieval commentators wouldn’t necessarily fault a bishop on his lack of historical expertise or context, the healthy anti-clericalism of the period acknowledging that the intellectual heft of the Church wasn’t always necessarily robed in priestly vestments.

However no such forgivable ignorance concerning the complicated history of gender and faith can be proffered on behalf of the Vatican document “Male and Female He Made Them” released on Monday June 10th, which condemns what it calls “gender theory,” and which even more egregiously and dangerously denies the very existence of transgender and intersex people. Hiding the reactionary cultural politics of the twenty-first century under the thin stole of feigned eternity, the author(s) write that Catholic educators must promote the “full original truth of masculinity and femininity.”

From a secular perspective, much prudent criticism can be made concerning this document’s obfuscations and errors. A physician can attest to the existence of both transgender and intersex people, making clear that to define away entire categories of humans and their experience is its own form of psychic violence. The much-maligned gender theorist could explain the definitional fact that biological sex, as broadly constituted, can’t be conflated with the social definitions and personal experience of gender. As philosopher Judith Butler writes in her classic Gender Trouble: Feminism and the Subversion of Identity, “There is no gender identity behind the expressions of gender; that identity is performatively constituted.”

Beyond the unassailable secular critiques of the Vatican’s recent comments on gender theory, there are historical criticisms that can be leveled against it. To claim that the Vatican’s recent statement is incorrect from both medical and sociological positions is one thing, but I’d venture that the it also suffers from a profound sense of historical amnesia too, as demonstrated by the icons and mosaics of Sergius and Bacchus which hang in Roman basilicas. The so-called “Culture War” which defines twenty-first century politics infiltrates the Church every bit as much as it does any other earthly institution, but conservatives like Bishop Tobin cloak what are fundamentally twenty-first century arguments in the language of posterity, claiming that the Church’s position on gender has been continuous and unchanged. Don’t fall for it.

While it’s doctrine that the Church doesn’t change its teachings, a cursory glance at the history of Christendom demonstrates that that’s a hard position to hold in any literal sense. Furthermore, while the Church has evolved over the centuries in at least a temporal manner, it doesn’t always abandon the more intolerant for the more progressive – in some regards our forerunners actually had more welcoming positions. A reading of either Same-Sex Unions in Pre-Modern Europe or Boswell’s earlier book Christianity, Social Tolerance, and Homosexuality: Gay People in Western Europe from the Beginning of the Christian Era to the Fourteenth Century illuminates that definitions of “masculinity” and “femininity” change over the course of history, and that the Church of late antiquity and the Middle Ages could sometimes have a surprisingly tolerant understanding of homosexual relationships.

An irony is that even the well-known history of the Church demonstrates the manner in which understandings of heterosexuality, not to speak of homosexuality, can change over the centuries. The ideal of marriage as primarily a romantic institution – a union of a woman and man in love who produce children and exist in a state of familial happiness –  is one that doesn’t widely emerge until the Reformation, as celebrated by early evangelicals in the marriage of the former monk Martin Luther to his wife, the former nun Katharina von Bora. This ideal of marriage was one that became widely adopted by Christians both Protestant and Catholic, but it’s obvious that the priestly ideal of celibacy (itself only made mandatory by the eleventh-century) is by definition not heteronormative. Our understandings of romance, family, sexuality, and gender have been in flux in the past – within the Church no less – and no amount of thundering about “How the Vatican views it now is how it has always been” can change that. And as Boswell’s studies make clear, there are Catholic traditions from the past that are preferable to today, with current opinions having more to do with right-wing social politics than with actual Christian history.

For the Medieval Church, homosexuality wasn’t necessarily condemned more than other behaviors, and as Boswell writes “when the Christian church finally devised ceremonies of commitment, some of them should have been for same-gender couples.” Monks committed themselves to each other as icons of Sergius and Bacchus smiled down, and an expansive and different set of relationships, some that we’d consider homosexual by modern standards, were countenanced. This is crucial to remember, a legacy more in keeping with Pope Francis’ welcome claim of “Who am I to judge?” when asked how he would approach lesbian and gay Catholics and less in keeping with his papacy’s unwelcome document released this week.

Writing as a baptized Catholic, who welcomes and celebrates the important role that the Church has played for social justice (despite Her copious sins) and who furthermore understands that the energy of the Church has often been driven by her committed LGBTQ parishioners who do the difficult work of faith despite the Vatican’s intolerance, it’s important to enshrine the legacy of men like Sergius and Bacchus. Bluntly, the Vatican’s decision to release their statement is hateful, even more insulting during Pride Month; Bishop Tobin’s remarks are hateful; the reactionary line of the Magisterium is hateful. Not only is it hateful, it’s ahistorical. For LGBTQ Catholics, it’s crucial to remember that the Magisterium has never been synonymous with the Church. Editor of America Magazine, and vital progressive voice, Jesuit priest Fr. James Martin writes that the Vatican’s document is one where the “real-life experiences of LGBT people seem entirely absent.” Presumably such an act of erasure would include Sergius and Bacchus, who unlike any living bishop are actual saints.

As the former Jesuit James Carrol eloquently wrote in his provocative article from The Atlantic “Abolish the Priesthood,” there are ways to be Catholic that don’t reduce the faith to idolatrous clericalism, suggesting organizations of lay-worshipers who “Through devotions and prayers and rituals... perpetuate the Catholic tradition in diverse forms, undertaken by a wide range of commonsensical believers…Their ranks would include ad hoc organizers of priestless parishes; parents who band together… [and] social activists who take on injustice in the name of Jesus.” As a humble suggestion, perhaps some of these lay parishes would consider resurrecting a venerable ritual, the commitment of Adelphopoiesis? For such should be rightly regarded as a sacrament, a proud reminder during Pride Month of the love and faith which once motivated two martyred soldiers.

Ed Simon is the associate editor of The Marginalia Review of Books, a channel of The Los Angeles Review of Books. He holds a PhD in English from Lehigh University, and is a regular contributor at several different site. He can be followed at his website, or on Twitter @WithEdSimon.