'The zombies are coming': MSNBC's Joy Reid lays out how Republicans set the stage for a gerrymandering 'apocalypse' 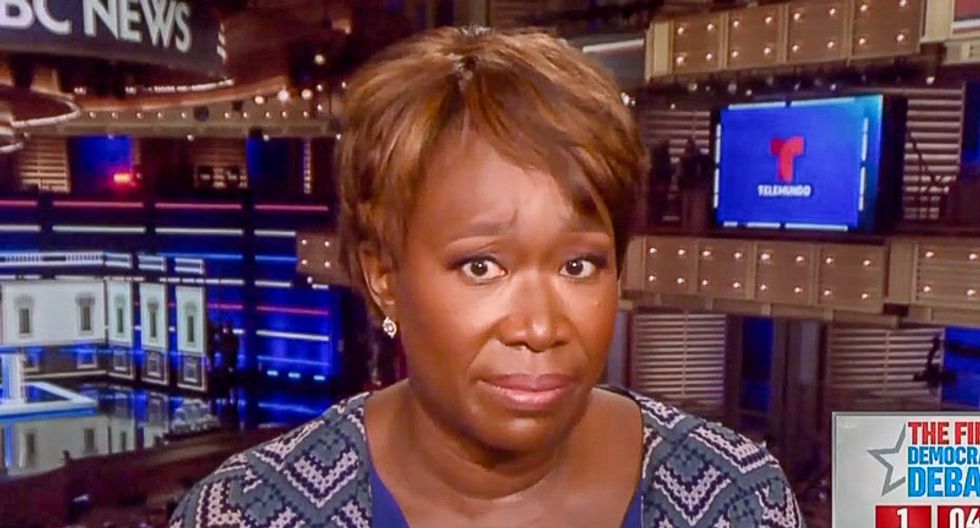 On Thursday, MSNBC's Joy Reid discussed the Supreme Court's rubber-stamp of partisan gerrymandering with Brian Williams — and warned Democrats that this is all part of a long game to cement absolute right-wing power.

"The Republican Party and Democratic Party are so different," said Reid. "One is shortsightedness versus very, very farsightedness. Republicans plan decades in advance how they're going to deal with the demographic changes they know are coming, as they understand that they're the minority party and they plan accordingly. I call the 2010 election the Armageddon election. You have a midterm where you have lower voting rates among people of color combined with the census that is a recipe for disaster for Democrats. If that was Armageddon, this is Armageddon 2.0, like the zombies are coming when it's over."

"If Democrats don't win in 2020, you just had the John Roberts Supreme Court say you can gerrymander as long as you call it partisan rather than racial," continued Reid. "I think a bit of a strategic mistake by those who brought the suit, they had been winning on race. When racial gerrymandering happened in North Carolina, Democrats were winning those court cases going away. Because if you gerrymander based on race, it's obviously unconstitutional. They were able to tuck it under and John Roberts who has never been a friend of the voting rights act since his days in the Reagan administration, that was the opening to gut further. Which is how you engineer minority rule."

"When Republicans and white Americans become the minority, they can still rule this country," Reid concluded. "Don't think that because there are more people of color and liberal white people that that majority will rule. We're already at minority rule. And if they're able to gerrymander ten more years of absolute power, what do Democrats think they're going to do with it? Mitch McConnell has already said on this immigration bill at the border, you know what you can pass? What I tell you can pass. Mitch McConnell runs this country, and Mitch McConnell wants one thing, control of the courts. Democrats, get it together. If they control the courts, they control this country, and there is nothing you can do about it. You better vote on it."