This graphic explains why Speaker Pelosi is resistant to impeachment 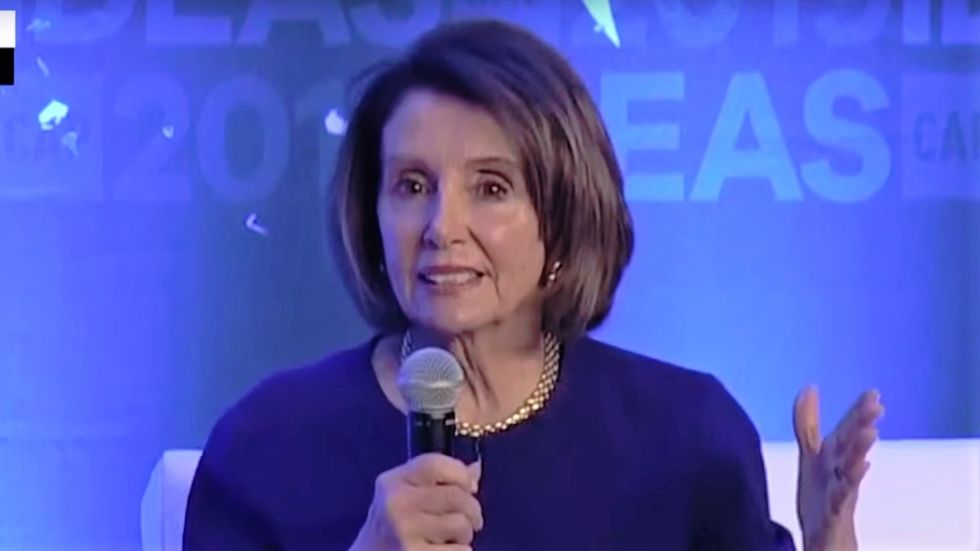 House Speaker Nancy Pelosi (D-CA) has told her caucus that they can do investigations into the president without impeachment. The difference, however, is that there are fewer legal benefits available to Congress in their oversight role than in impeachment.

Theoretically, it should enable Democrats to do the research they need, but the White House is taking the bold step to defy the oversight the Constitution outlines. The only option open to the Democrats has been to go to court with their case outlining how the White House is breaking the law. Thus far, they've won two lawsuits about their investigations, and they will likely gain more.

Still, the progressive wing of the Democratic Party wants to impeach the president as soon as possible.

A graphic from Axios perfectly captures the Speaker's dilemma: 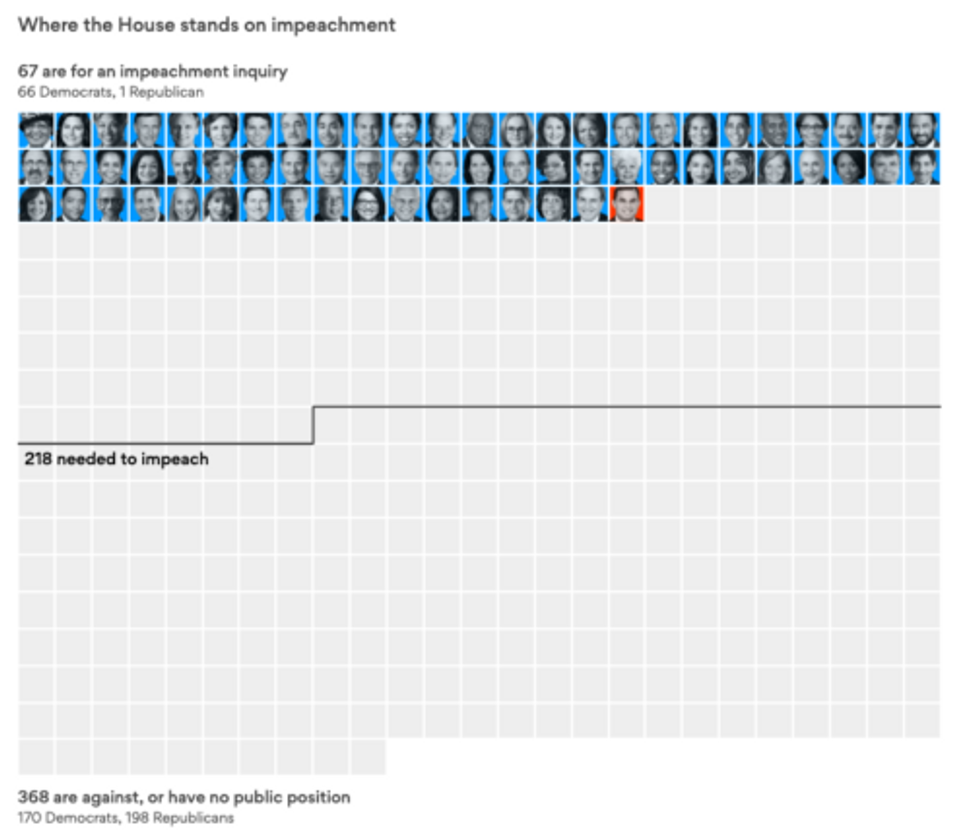 The graphic is clickable at Axios where each face gives information about the official. As the graphic shows, Democrats are a far cry from being able to make the numbers it would take to vote for impeachment. Holding the impeachment vote allows Trump to celebrate when it is voted down, and he survives.

Presumably, this is why Pelosi is going the hearing route. If members can uncover the facts and help explain Robert Mueller's report to the American people, it could raise the percentage of Americans seeking impeachment. Currently, that number stands at a mere 20 percent.

If Democrats who want to impeach were smart, they'd look at the districts where Republicans could be in trouble in the 2020 election. If those districts have a high percentage of people seeking impeachment, Democrats could hold informational townhall events in the district to help garner grassroots support to persuade the Republican in the district.

As Democratic billionaire, Tom Steyer shells out millions to run impeachment ads; he could be similarly targeting those districts instead of wasting his money on nationwide ad buys that do little to persuade those who are not informed about what the Mueller report outlined.

As it stands, however, the graphic from Axios shows the slog progressives face.