'This is despicable': Legal experts decry Trump's 'open invitation' for Russia and others to interfere in 2020 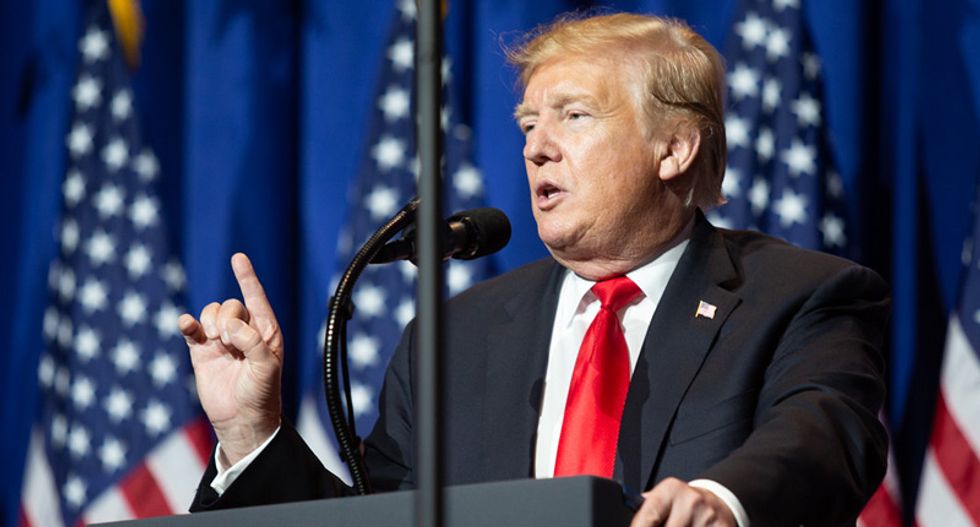 On the one hand, it wasn’t at all surprising for President Donald Trump to say on Wednesday that he sees nothing wrong with foreign governments offering opposition research to American political campaigns — it’s completely consistent with his actions in 2016. On the other, we should certainly still be shocked to hear Trump make these comments, especially when he admitted he would readily accept offers of election help from other countries.

He also denied that his campaign should have informed the FBI when Russia reached out in 2016 with offers of dirt on Hillary Clinton and said current FBI Director Christopher Wray was “wrong” to say that any foreign overtures to campaigns should be reported to the bureau.

Legal and national security experts were aghast at the comments.

“This is despicable,” said former Director of the Office of Government Ethics Walter Shaub of the comments.

“We’ve gone from ‘it was about adoptions,’ to ‘no collusion,’ to ‘collusion is just fine,'” said former federal prosecutor Mimi Rocah. “Republicans have sanctioned this by their silence. And Democrats will be enablers if they don’t take more drastic action now.”

“Trump demonstrates how you can have collusion without a conspiracy: Prosecutors might not have enough evidence to prove taking ‘oppo research’ from a hostile foreign power is a full-blown conspiracy, but if they want you to win & you take the goods, it sure sounds like collusion?” said Joyce Vance, a former U.S. attorney.

At some point there’s just not much left to say about Trump. He’s unfit for office, disloyal to the nation, and vio… https://t.co/UyJGhXVO6k
— Matthew Miller (@Matthew Miller) 1560382490.0

@ABC This is an open invitation to foreign governments to commit crimes to re-elect Trump.
— Matthew Segal (@Matthew Segal) 1560381111.0