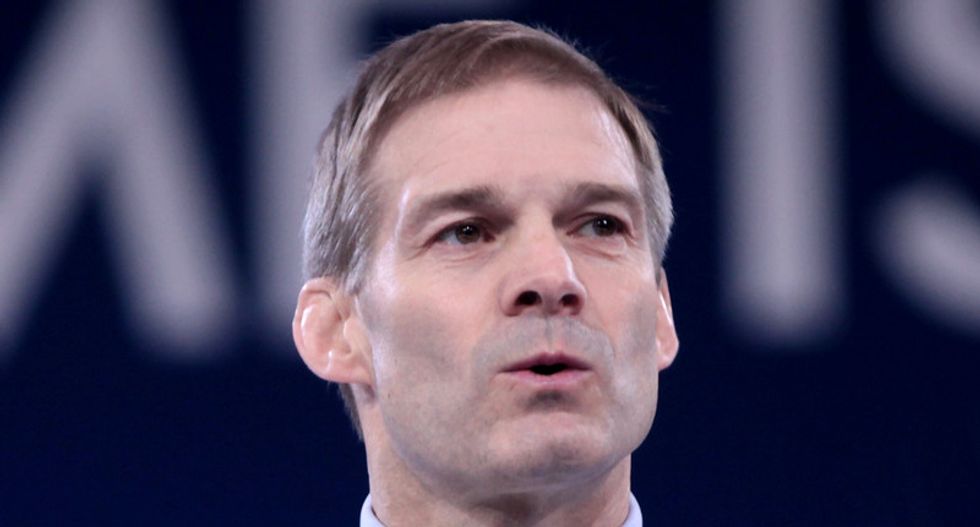 The Democrats have held the majority in the House for five months and the only public oversight hearing to shine a light on the administration's behavior happened four months ago. I'm speaking of Michael Cohen's testimony in which he figuratively pointed a finger at the Republicans and said:

I’m responsible for your silliness, because I did the same thing that you’re doing now for 10 years — I protected Mr. Trump for 10 years. Everybody’s job at the Trump Organization is to protect Mr. Trump. Every day, most of us knew we were coming in and we were going to lie for him on something. And that became the norm. That’s exactly what’s happening right now in this country, and it’s exactly what’s happening here in government.

It was riveting testimony from a witness who was anxious to testify against the president. He was probably the last of those. Trump's other accomplices have shown no inclination to see the error of their ways. As Cohen was when he worked for the Trump Organization, they are fully committed to protecting the boss. They also seem to be quite sure they won't end up like Cohen if they refuse to cooperate with Congress and they don't seem to fear other legal consequences. If you didn't know better you'd think they were part of a mob syndicate that has the system wired and all the important people in their pockets.

There have been some exciting moments since the Democrats took over the House, such as the flurry of activity around Robert Mueller's report and his recent press conference. But mostly what the public has seen is Democrats arguing among themselves over whether or not to initiate an impeachment inquiry and news stories about haggling between the Congress and the White House over testimony and documents, with the White House stonewalling absolutely everything.

Finally, that seems about to change. Today the House Judiciary Committee will begin a series of hearings on the Mueller report. They are starting out with testimony from former prosecutors and former White House counsel John Dean, of Watergate fame, to talk about “presidential obstruction and other crimes" as laid out in the Mueller report. The next day the House will vote on whether to authorize contempt charges against Attorney General William Barr and former White House counsel Don McGahn for failing to comply with subpoenas. On Wednesday, the House Intelligence Committee will also open a series of hearing it's calling “Lessons from the Mueller Report: Counterintelligence Implications of Volume 1.”

So far, none of the hearings will feature any of the main players in Mueller's report, but it's clear that the point of all this is to lay the groundwork for Mueller's eventual testimony either by a voluntary appearance or subpoena. And despite the endless haggling over impeachment, if reports about House Judiciary chair Jerry Nadler, D-N.Y., and House Intelligence chair Adam Schiff, D-Calif., are correct, these steps are likely intended to lead to an impeachment inquiry. You don't have John Dean open the testimony if you are planning to avoid that topic.

Irony has long been dead and buried and it rolled over in its grave and shrieked when it heard that the top Republican on the Judiciary Committee, Rep. Doug Collins of Georgia, had warned chairman Nadler that "Democrats need to be civil when speaking of the president." Seriously. Collins called it a "mock impeachment hearing," explaining that only if you are conducting the real thing can you accuse the president of a crime. He said, “it is out of order for a member of Congress, in debate, to engage in personalities with the president or express an opinion, even a third party opinion, accusing the president of a crime. The rules are clear on this point.”

I've made the case before that I don't think Trump really wants impeachment. He can barely even say the word and when he does he calls it "dirty, filthy and disgusting." His people are trying to psych out the Democrats. But if it sounds as if Collins is telling them they need to start impeachment hearings or they won't be able to make their case, he probably is. There is a group of Republican House members, some of whom are on the Judiciary Committee, who positively love impeachment and are apparently dying to get one going, even if it's one they have to fight.

I'm speaking, of course, of the Freedom Caucus, Donald Trump's most loyal House henchmen. They have opened more impeachment proceedings in just the last few years than any other group in history.  As HuffPost has noted, the Freedom Caucus tried to impeach a whole bunch of Obama administration officials, including Attorney General Eric Holder and EPA head Gina McCarthy. They even drew up articles of impeachment against Deputy Attorney General Rod Rosenstein, who is of course a Trump appointee, just last year.

They almost succeeded in impeaching the head of the IRS over that bogus claim that the agency had targeted conservative groups for audits. It was absurd, particularly since the man they intended to impeach had not been in the job at the time the alleged targeting took place. But they were very, very concerned about some emails that went missing (yes, more emails!) and believed that the IRS commissioner had obstructed justice.  Remember, in those days, members of the Freedom Caucus were self-styled guardians of the Constitution, standing against presidential tyranny.

Rep. Jim Jordan, R-Ohio, proclaimed at the time, "Here is the standard for removing someone from office: Gross negligence, breach of public trust, dereliction of duty.” Rep. John Fleming, R-La., who is now in the Trump administration, defended the prerogatives of the legislative branch by declaring, "Congress has shriveled up and atrophied so much, the American people have given up on Congress ever doing anything about corruption at high levels of our government.”

Those were the days. I don't think you'll hear any of them making similar remarks in the upcoming proceedings. We can expect Jordan and Freedom Caucus chair Mark Meadows, R-N.C., to be among Trump's staunchest advocates in these hearings and certainly in any impeachment proceedings. Hypocrisy is a concept they only recognize in their political rivals.

The Democrats are finally moving forward with hearings in hopes that they will be able to educate the public about the seriousness of the Mueller report. The Freedom Caucus and the rest of the Republicans will be closely monitoring their language to ensure they don't say anything uncivil about our president. They're sticklers for civility. Fortunately for Donald Trump, when it comes to high crimes and misdemeanors, they're a little bit more flexible.