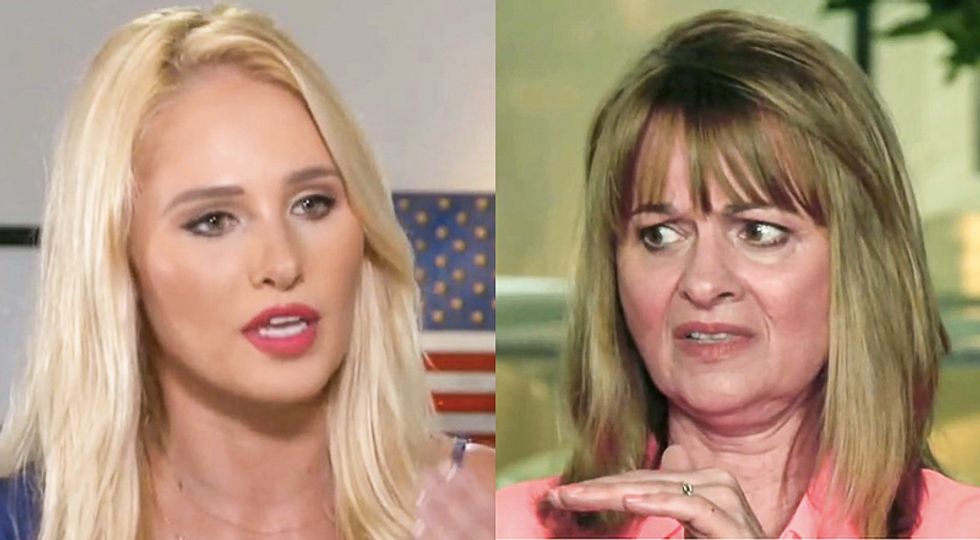 In an interview with her mother, Lahren asked to verify that she wasn't a racist. Lahren has run into problems with a long history of comments she's made about people of color.

After watching the Superbowl performance by Beyoncé’s Lahren said the act was an attempt to prove that “black lives matter more” than white lives.

“Meet the new KKK, they call themselves ‘Black Lives Matter’ but make no mistake their goals are far from equality. #Dallas #bluelivesmatter," Lahren said once in a tweet comparing the terrorist group to the civil rights activists. The tweet became a point of conversation between Lahren and "Daily Show" host Trevor Noah.

As she spoke to her mother, Lahren's book appeared casually over her shoulder.

"I thank you cleared that up on a number of occasions where you might go after some of the women for doing this or that but when push comes to shove you don’t take that personally," her mother said about attacks on Lahren. "You’re not a racist, and you don’t — that’s not your deal at all. I know we’ve had some camera things before where people try to get me to say that you’re a racist and how you feel about that, and I said, 'Tomi is the furthest thing from a racist.' It's not the color of your skin, but it is how you conduct yourself."

"It's ideas, too," Lahren cut in. "It’s not people but ideas. I went through a multi-year ordeal having to fight for myself and not just in a lawsuit, but people don’t know I was one of the only Trump supporters in the building, and I was fighting every day,"

Lahren has a huge falling out with fellow conservative Glenn Beck owner of TheBlaze, where Lahren had her own show.

The show focused on Lahren's new book where she speaks about her life and other political issues. The book currently stands at Amazon Best Sellers Rank: #14,785 in Books, according to the site.

Watch the clip below