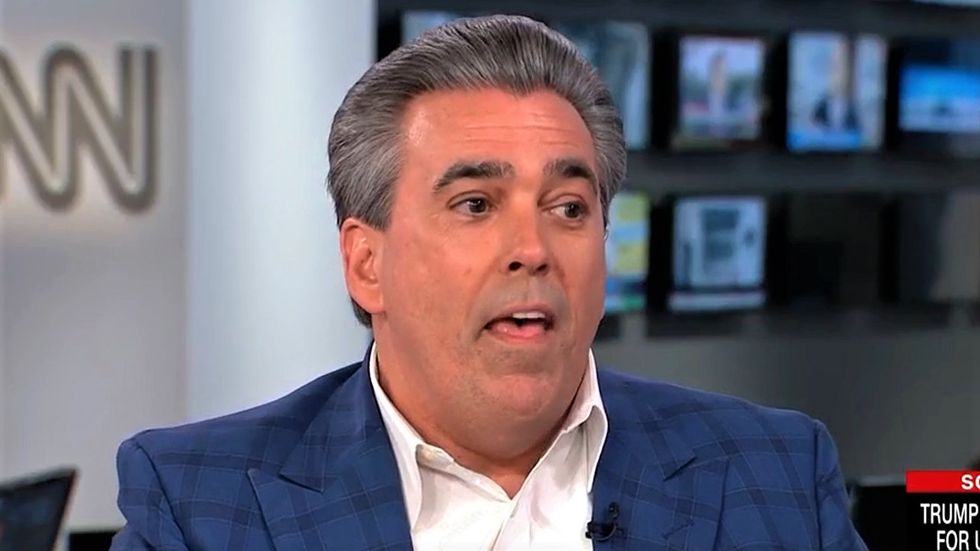 A supporter of President Donald Trump on Monday issued a dire warning about what the president's trade war with Mexico could do to the American economy -- and then furiously tried to backtrack by heaping praise upon him.

During an interview with CNN's Brooke Baldwin, former Trump Campaign Finance Committee member Tom Maoli laid out the dangers posed by an extended trade war with Mexico, particularly with regards to the American auto industry.

"The consumers are ultimately the ones that are going to pay the price for this," said Maoli, who is the owner of Celebrity Motor Car Company New Jersey. "You're talking about 70 percent of the wiring harnesses that are produced for an automobile are produced in Mexico. We're talking about shutting down assembly lines, putting people out of work!"

"I don't think he's making a mistake," Maoli insisted. "I think he's done his job -- he's getting them to the table!"

Maoli then went on to call Trump "very smart" and someone who "knows what he's doing."

At one point, Baldwin asked him if he was trying to use her show to communicate with Trump directly, as he regularly gets most of his information through cable news shows.

Then he added, "I'm sure he's watching."