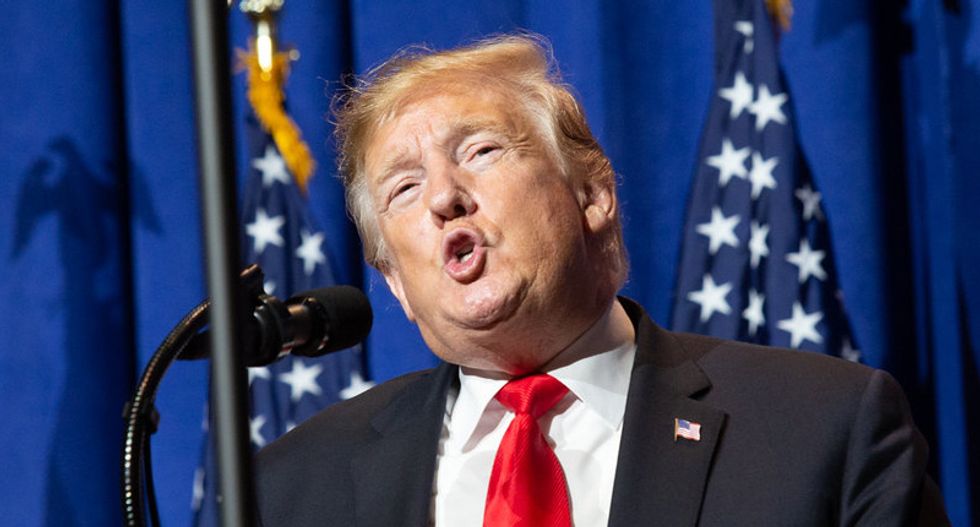 Special counsel Robert Mueller's probe into President Donald Trump's association with Russian efforts to undermine the 2016 presidential election may be over. But that does not mean the president is free from oversight.

According to Politico, Trump is still facing 15 civil and criminal probes by at least nine federal, state, and municipal agencies on everything from obstruction of justice to campaign finance violations to using his office to enrich his family and businesses. But president is not bothered by these investigations — or at least, he believes that he can use them to his political advantage.

Trump reportedly plans to use the investigations, particularly those by the Democratic-controlled House and by agencies in Democratic states like New York, as evidence of a partisan conspiracy against him, to outrage his base supporters into fighting back for him at the polls in 2020.

Said GOP strategist Ron Bonjean, who has advised the Trump administration, "He's actually thriving off of these investigations because he’s turned it into a so-called witch hunt where he’s using these to his advantage to show that the establishment deep state, along with the media, is trying to derail his efforts to change the way things are done. That plays to his benefit."

It is unclear whether this strategy will work. Polls show the public believes Trump should comply with investigations into his conduct, but they also show there is considerable confusions, particularly along party lines, about what the investigations are actually revealing about Trump.

Ultimately, the gambit indicates yet another way that the president seeks to trash the norms of office and weaponize partisan political opinion against the basic oversight and law enforcement functions of government.