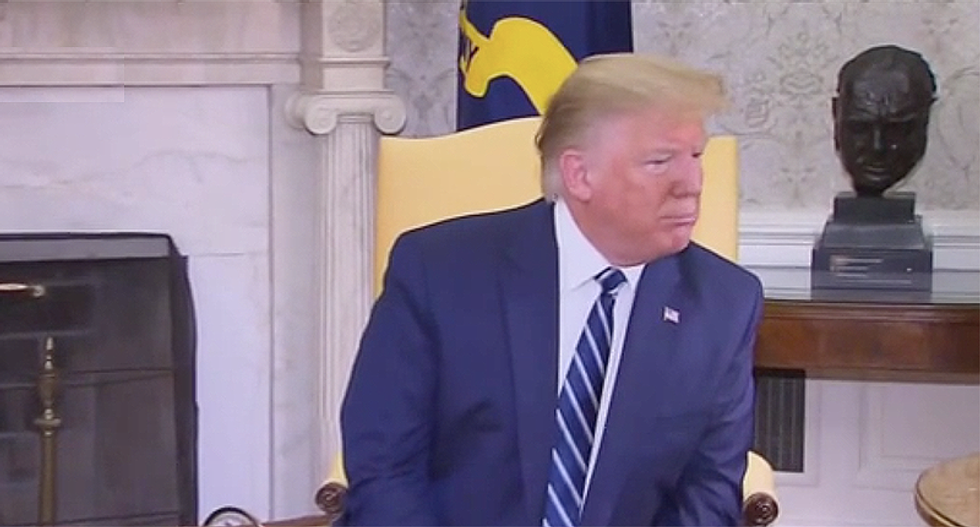 During a joint press availability with Canadian Prime Minister Justin Trudeau, President Donald Trump opened up about the drone that was shot down by Iran.

According to Trump, drones are unmanned, a fact he felt was important to convey to those who haven't seen a Jason Bourne film or a spy thriller.

He also said that he doesn't believe the decision to shoot the drone down likely came from the Iranian government in Tehran.

"Are you ready to go to war with Iran?" a member of the press called out.

"You’ll find out. Obviously, we’re not going to be talking too much about it. They made a very big mistake," the president said.

"I think probably Iran made a mistake," he later said. "I would imagine it was a general or somebody that made a mistake in shooting that drone down. Fortunately, that drone was unarmed. There was no man in it and there was no — it was just — it was over international waters, clearly over international waters, but we didn’t have a man or woman in the drone. We had nobody in the drone. It would have made a big difference, let me tell you. It would have made a big, big difference. But I have a feeling, and it maybe wrong and I may be right, I’m right a lot. I have a feeling that it was a mistake made by somebody that shouldn’t have been doing what they did. I think they made a mistake. I’m not just talking the country made a mistake. I think somebody under the command of that country made a big mistake."

Watch the video of the press availability below: