Trump claims California is now cleaning its forests' floors after his wildfire analysis: ‘Now they agree with me’ 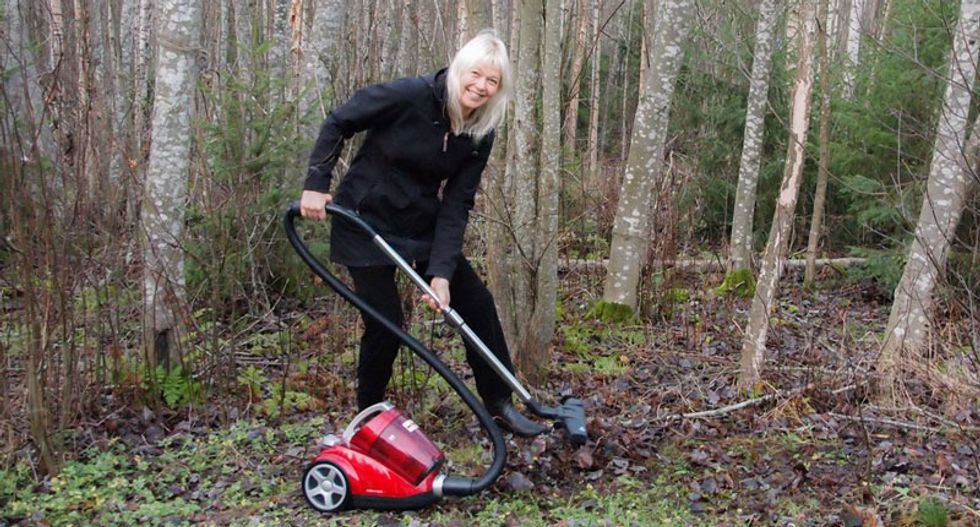 Finland mocked Trump with vacuum cleaners after he claimed they clean their forests, image via Pyry Luminen (Twitter)

President Donald Trump claimed that he has been vindicated in his call to clean forest floors during a speech at a Republican fundraiser in Iowa.

"At our urging we are finally seeing more attention paid to the need for better forest management," Trump claimed. "I mentioned the term when I was in California at the worst forest fires anyone has ever seen."

"And I said you need forest management, but they did not know what I'm talking about. They smiled and laughed and it turned out I was right," Trump argued.

It is true that people laughed, Trump's claims on California forest management were panned as "nonsense."

"I've had people other come to me from other countries and say, 'Sir, you're right about the forests,'" he continued, even though many Trump-watchers believe that anytime he claims somebody addressed him as "sir" it is a tell that he's making up a story.

In November, Trump also claimed that Finland cleans the floors of their forests. Fins ruthlessly mocked Trump with pictures pretending to vacuum their forests while a prominent Finnish biologist slammed Trump's plans to rake the forest floors as nonsensical.

"Now you're doing a lot of work on that whole subject for forest management and you'll see a big difference in the not-too-distant future," Trump promised.