The sale of the 5,400 square-foot Beverly Hills mansion was meant to be a quiet one, until the Post got ahold of the information.

The deed was registered to Trump's eldest son Don Jr. but he signed the property over to Hillcrest Asia Ltd., which is registered in the British Virgin Islands. The company links back to former vice presidential candidate and billionaire media mogul Hary Tanoesoedibjo. The house went for a cool $13.5 million, which is double what Trump paid for it in 2007. It's also considerably more than what it it was assessed at by Los Angeles County, at $8.3 million.

“Given my father’s presidency and our hectic schedules, our family has not had the chance to enjoy the property in recent years and it has seen minimal use. As such, it simply made sense to sell,” Eric Trump claimed when asked for comment by the Real Deal, a real estate website.

“Seems a little rich, to be perfectly frank,” said Luis Pezzini, CEO of Pezzini Luxury Homes. “Unless there’s something spectacular about this [house] that I’m missing.”

He noted that a nearby home that was much larger and had a bigger lot along with a tennis court got a little less than $13.5 million.

It's unclear if this will end up as another in the long line of financial investigations for the Trump Organization and the president.

Read the full report at The Washington Post and see a photo of the property from Google Earth that the Post captured below: 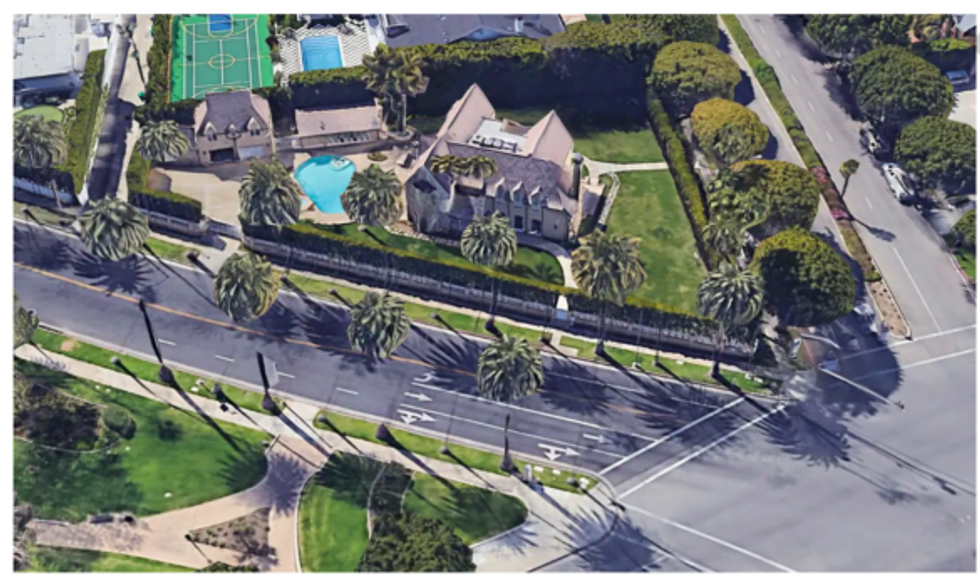