Trump consultant is running a fake Joe Biden campaign website designed to mock him and divide the left: report 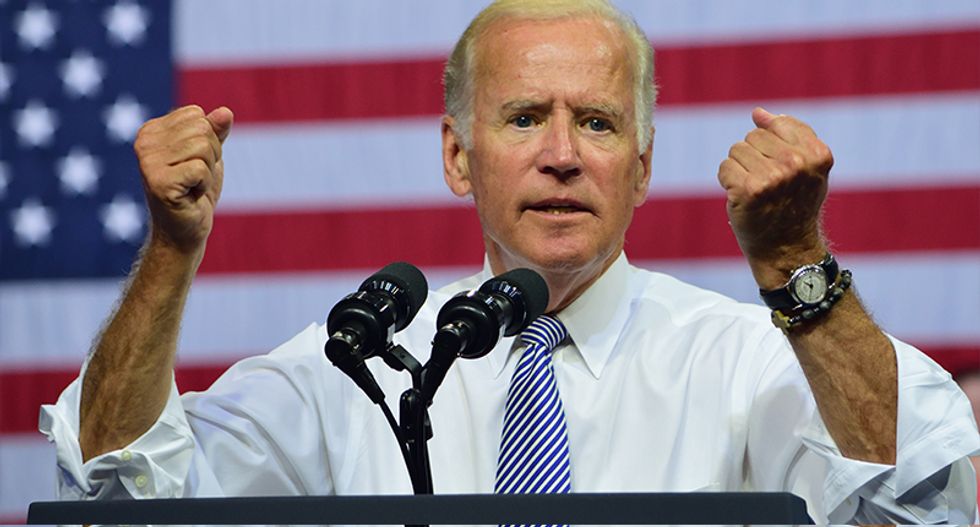 On Saturday, The New York Times reported that Patrick Mauldin, a Republican political consultant who helped generate social media content for President Donald Trump's campaign, has created a fake website for former Vice President Joe Biden that looks superficially like his campaign website, but is full of content mocking him, collecting his gaffes, and highlighting his previous illiberal policy positions in an apparent attempt to make him toxic in the Democratic primary.

"Biden.info" shows GIFs of Biden touching women and girls, touts his support for the Iraq war and opposition to busing, contains some of his most awkward quotes on the campaign trail, and is headlined with the message, "Uncle Joe is back and ready to take a hands-on approach to America's problems!"

Mauldin and his brother Ryan run a political consulting firm out of Austin, Texas, whose site is headlined by the words, "We Kick..." followed by an image of a donkey, which is both an "ass" and the symbol of the Democratic Party.

President Donald Trump has long viewed Biden as his biggest threat to a second term — when he served on the ticket with President Barack Obama, they won Pennsylvania, Michigan, Wisconsin, Ohio, Iowa, and Florida twice, and he has cultivated his campaign trail message specifically to low-income white voters who Trump views as key to his election prospects.

However, while Biden continues to lead all major polls in the Democratic primary, and most hypothetical matchups against Trump in key states, he has continually faced questions about his personal conduct and voting record, which Republicans evidently are beginning to hope will either knock him out of the race or wound him badly enough that he would fail as the nominee.