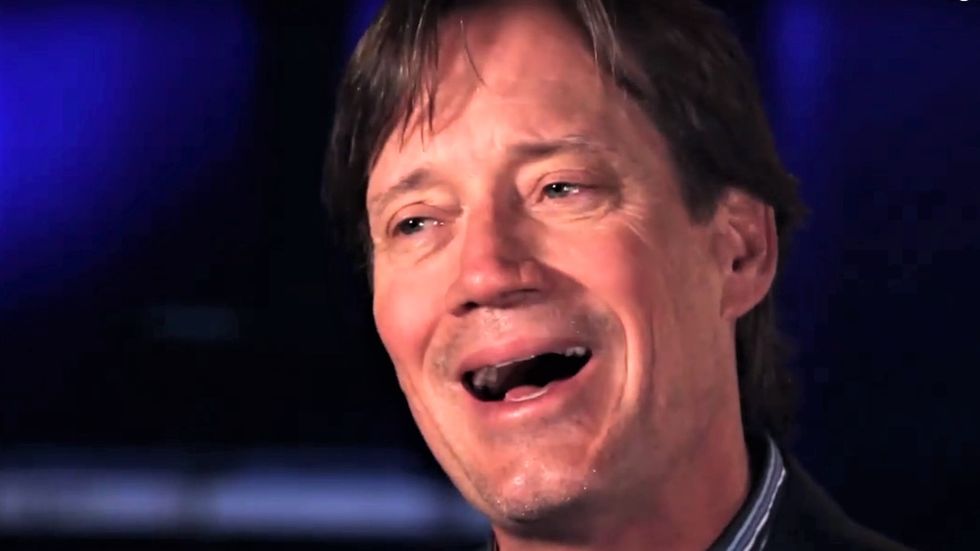 Kevin Sorbo, a Trump-loving actor best known for playing Hercules in the TV series "Hercules: The Legendary Journeys," drew instant ridicule this week after he bitterly complained about a Canadian team that wouldn't visit President Donald Trump at the White House.

Earlier this week, Toronto Raptors guard Danny Green said that his team would not accept an invitation to the White House thanks to the behavior of President Donald Trump.

"I try to respect everybody in every field that they do regardless of how crazy things are," Green explained. "But he makes it really hard. He makes it very, very tough to respect how he goes about things and does things. To put it politely, I think it’s a hard no."

Reacting to this, Sorbo accused Green and his teammates of being insufficiently grateful for all Trump has done for black Americans.

"Toronto Raptors not going to go to The White House because they want to boycott President Trump who has done more for the African/American community than Obama did?" he wrote on Twitter. "Really? Take a knee. We need more diversity in the NBA. Unfair."

Really? Toronto Raptors not going to go to The White House because they want to boycott President Trump who has do… https://t.co/tnQRotJIty
— Kevin Sorbo (@Kevin Sorbo)1561373217.0

Given that the Toronto Raptors are based in Canada and not the United States, Sorbo was quickly drowned in mockery -- check out some of the top responses below.

@ksorbs Trump has done absolutely NOTHING for African Americans. Don't even think about trying to spread that lie.… https://t.co/7NN6WmhcxO
— Kevin D (@Kevin D)1561540339.0

@ksorbs Why don’t you go visit the White House instead so you and Trump can talk about not winning any real awards for television or movies.
— Tony Posnanski (@Tony Posnanski)1561546090.0

@ksorbs Send the Harlem Globetrotters. Their unbeaten record over the Washington Generals is one for the ages. Hamberders for everyone!
— WEAR A F😷ING MASK! (@WEAR A F😷ING MASK!)1561516857.0

@ksorbs They are so disrespectful that they actually claim to be from another country! How un-american! Can you believe that shit!?
— Guac Lesnar (@Guac Lesnar)1561528538.0