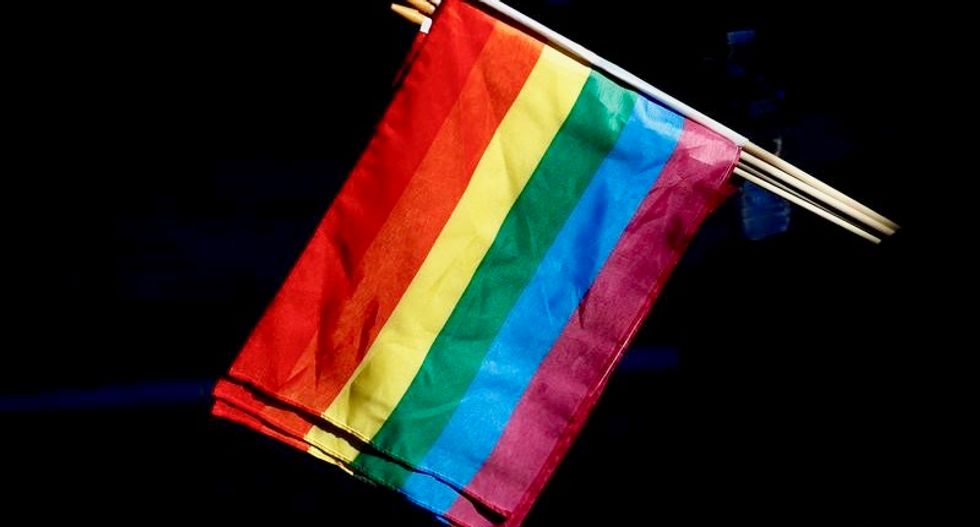 FILE PHOTO: A man sells rainbow flags near The Stonewall Inn, on the eve of the LGBT Pride March, in the Greenwich Village section of New York City, , U.S. June 24, 2017. REUTERS/Brendan McDermid

Secretary of State Mike Pompeo's State Department has banned the LGBT Pride flag from being flown from flagpoles outside all U.S. embassies. The Trump administration has quietly been waging war against the LGBTQ community, including just this week announcing it is axing federal funding of HIV treatment testing research.

Under the Obama administration embassies around the world did not even have to ask if they could fly the gay pride flag outside – blanket permission was automatically granted.

But according to NBC News, four U.S. embassies – Israel, Germany, Brazil and Latvia – have requested to fly the LGBT Pride flag for Pride month, including the U.S. embassy in Germany, where the Ambassador, Richard Grenell, serves as the highest-ranking gay official in the Trump administration. All requests were denied.

Ambassador Grenell attempted to whitewash the State Dept.'s ban, noting that embassies can hang the Pride flag in other areas.

President Trump's "recognition of Pride Month and his tweet encouraging our decriminalization campaign gives me even more pride to once again march in the Berlin Pride parade, hang a huge banner on the side of the Embassy recognizing our pride, host multiple events at the Embassy and the residence, and fly the gay pride flag," Grenell told NBC News in a statement.

Asked specifically whether the embassy will fly the flag on its flagpole outside the building, just steps from the iconic Brandenburg Gate, embassy spokesman Joseph Giordono-Scholz said only: "The pride flag will be on as many places as it can at the Embassy."

"The denials by Washington have alarmed U.S. diplomats serving around the world who are LGBTQ, with several raising the issue this week in a private group chat for members of Gays and Lesbians in Foreign Affairs Agencies," NBC New reports, citing GLIFAA members.