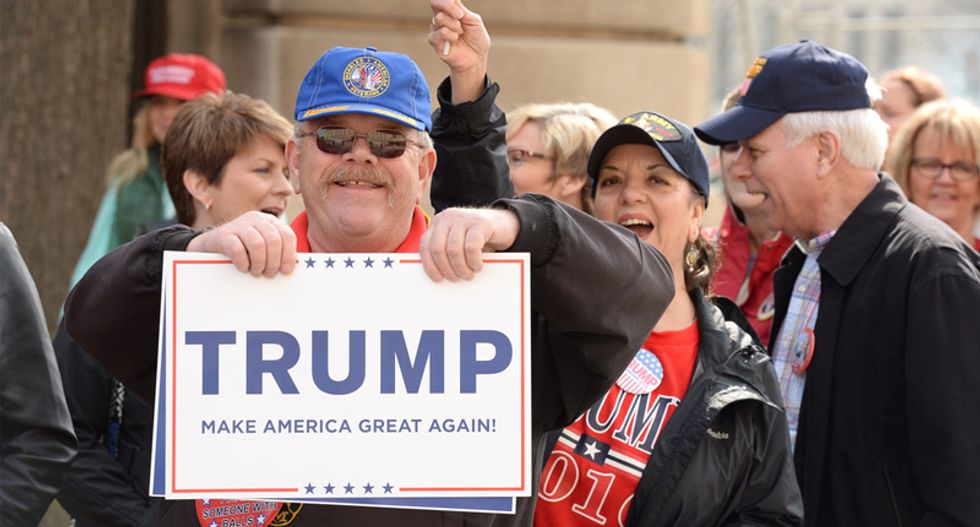 Supporters of President Donald Trump held a small rally outside of the Miami, Florida debate site, where they seemed to be confused about who was running in 2020.

According to NBC News reporter Allan Smith, the supporters had a megaphone where they were shouting "Lock her up!"

A few Trump supporters outside the debate hall in Miami chanting "lock her up" into a megaphone
— Allan Smith (@Allan Smith)1561588135.0

The chant gained fame during the 2016 election where Trump told his supporters that if he was elected he would arrest and jail former Secretary of State Hillary Clinton. After nearly three years, he has done neither.

Clinton, who is not running in 2020, will not appear anywhere near the debate, much less on stage.

When Trump appeared in Orlando earlier this month to announce his re-election, many of his attacks were against Clinton as well. It's unclear why the Trump campaign and supporters have decided to run against Clinton in an election where she isn't a candidate. However, recent poll numbers show Trump losing to several top Democrats, so it's possible he's seeking a candidate he can defeat.

You can see Trump's Clinton attacks in the video below:

Trump commemorates the start of his 2020 reelection campaign by attacking Hillary Clinton and basking in "lock her… https://t.co/WnpyU48xWE
— Aaron Rupar (@Aaron Rupar)1560904090.0

Donald Trump's influence is melting like a snowball left on the klitchen table.