Trump tweets bizarre graphic showing himself as the leader for over 50,000 years 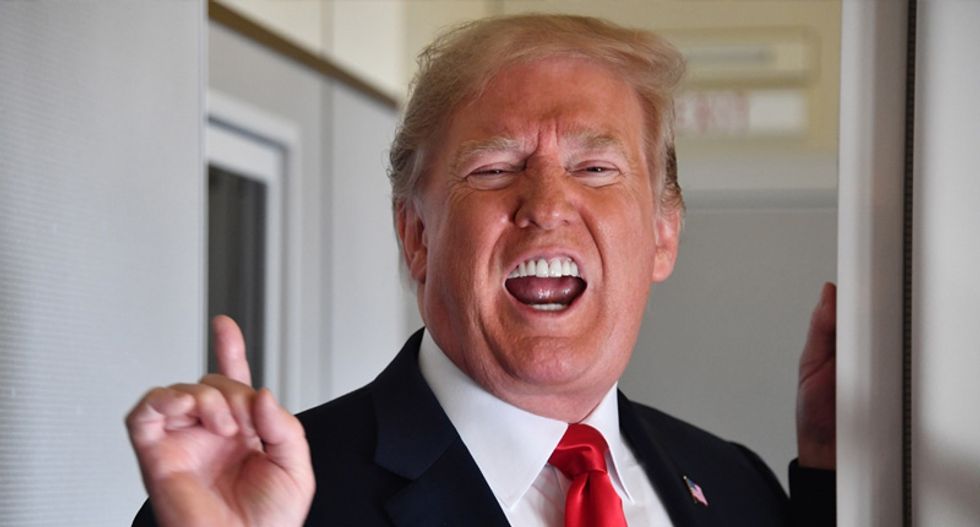 President Donald Trump appeared to try to turn the attention back to him in a series of bizarre Wednesday night tweets.

Trump has made casual "jokes" about being jealous at the Chinese president, who he refers to as a "king."

"He said, 'But I am not king, I am president.' I said 'No, you're president for life, and therefore you're king'," Trump told a fundraising audience in April.