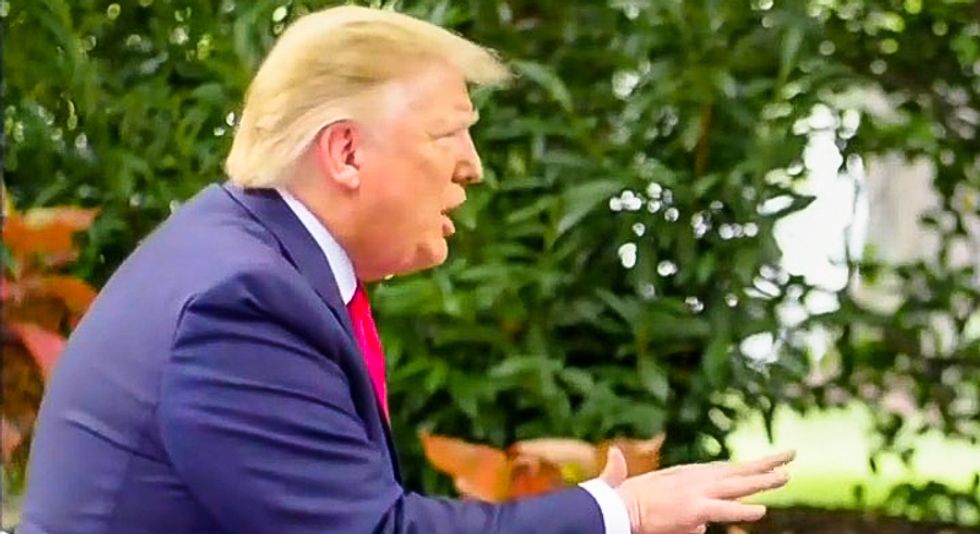 President Donald Trump in a recent interview argued that impeaching him would be "very unfair."

While speaking to NBC host Chuck Todd in an interview that aired on Sunday, the president was asked his opinion on why House Speaker Nancy Pelosi has been hesitant to impeach him.

"Do you think impeachment is good politics for you?" Todd wondered.

"I think I win the election easier," Trump insisted. "Look, I did nothing wrong. I was spied on. What they did to me was illegal. It was illegal on the other side."

"I did nothing wrong," Trump continued. "Impeachment is a very unfair thing because nothing I did was wrong. If you look at the Mueller report, there was no collusion. This was all about collusion."

Trump went on to say that "nobody mentions Russia anymore" because the Mueller report.

"And it was about Russia. It was a hoax," the president opined.