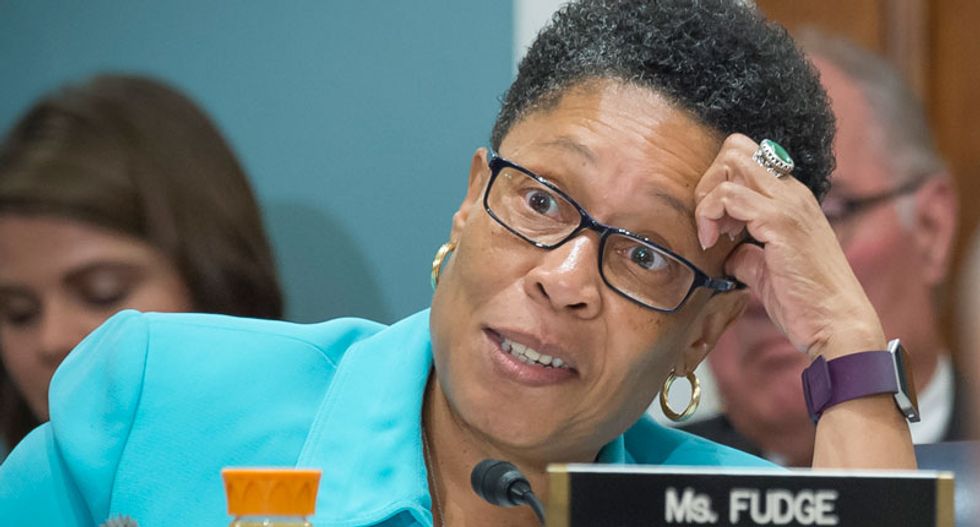 President Donald Trump was blasted on the floor of the House of Representatives on Tuesday.

"Warrensville Heights Democratic Rep. Marcia Fudge on Tuesday added her voice to those of other Democrats calling for an impeachment inquiry, attacking President Donald Trump as a “liar” in a powerfully worded five-minute speech on the House of Representatives floor that she said came from a constituent letter," the Cleveland Plain Dealer reported.

WKYC-TV reported, "The letter called Trump 'a mobster, a conman,' and 'a gangster,' and also attacked many of his supporters as 'racist, steeped in religious beliefs, ignorant, or—as my mother used to say—just plain dumb.'"

“The Republicans appear to have become a Trump cult and the Democrats refuse to move against this man in a collective, decisive way,” Fudge said. “It does not take a genius to discern that this man wants to be a dictator in the truest sense of the word.”

"You're out of order," Bucshon argued.

"So are you," Fudge replied.