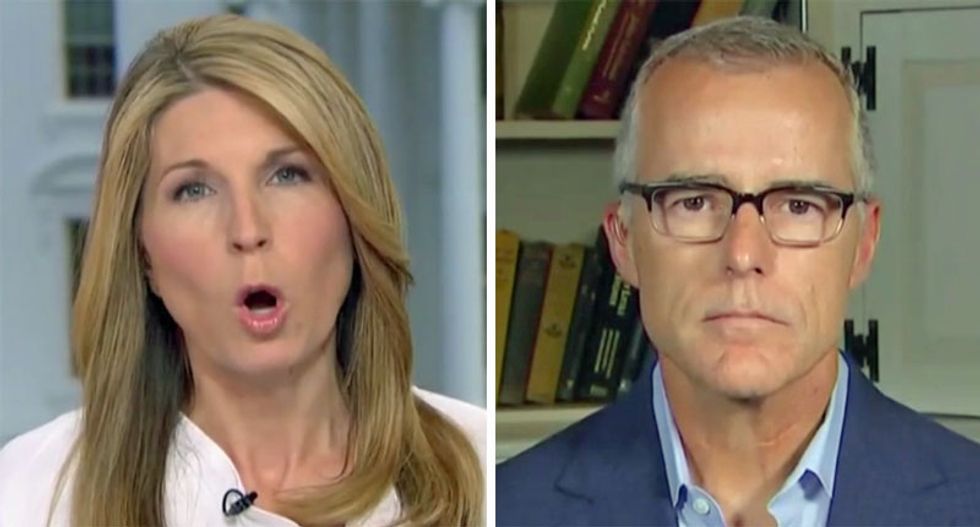 Andrew McCabe was interviewed on Thursday on "Deadline: White House" by host Nicolle Wallace and warned Trump may be a current threat to United States national security.

"Donald Trump spilled the beans saying you don’t call the FBI if a foreign government tries to aid your campaign. Calling his own hand-picked FBI director 'wrong' for saying any offered dirt from Russia should call the FBI and making clear to the entire world, that if Russia is still listening or anybody else for that matter the door to his office is wide open for 2020 and he’s ready to talk and listen to any foreign power willing to help the politically weakened and historically unpopular president," Wallace reported.

The host played a clip of Trump's comments.

"Your reaction, your thoughts?" she asked.

"It lays bare what the president was likely thinking as a candidate," he deduced.

McCabe reminded of the origins of the investigation.

"So at that point we had to consider the very real prospect that the president might be presenting a threat to national security," he noted. "I have to tell you the comments I heard yesterday only reaffirm for me the concerns that we had in May of 2017."