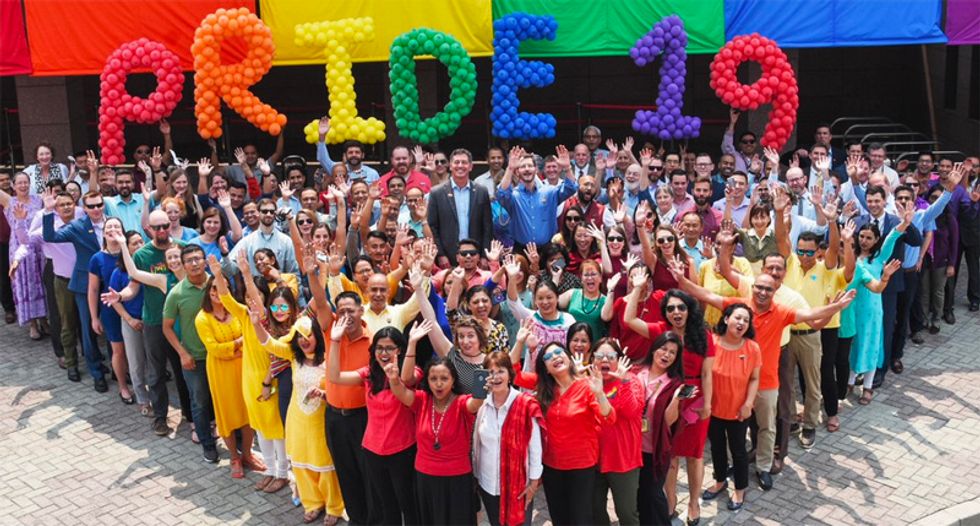 U.S. embassies across the globe are flying rainbow flags in honor of Pride Month, despite the State Department’s refusal to grant permission for embassies to display their support of the LGBTQ community.

Despite the lack of approval, U.S. embassies in New Delhi, India, Seoul, South Korea and Chennai, India are all flying the rainbow flag. Additionally, Time reports, “the website of the U.S. Embassy in Vienna featured a photo of the Pride flag hanging below the American flag from International Day against Homophobia, Transphobia and Biphobia in May.”

U.S. embassies worldwide are also honoring Pride Month on social media, including a post by U.S. Ambassador to Nepal Randy Berry which features himself and the embassy staff holding rainbow-colored letters that spell “Pride 19.”