US kicks off Mideast plan, with Palestinians boycotting 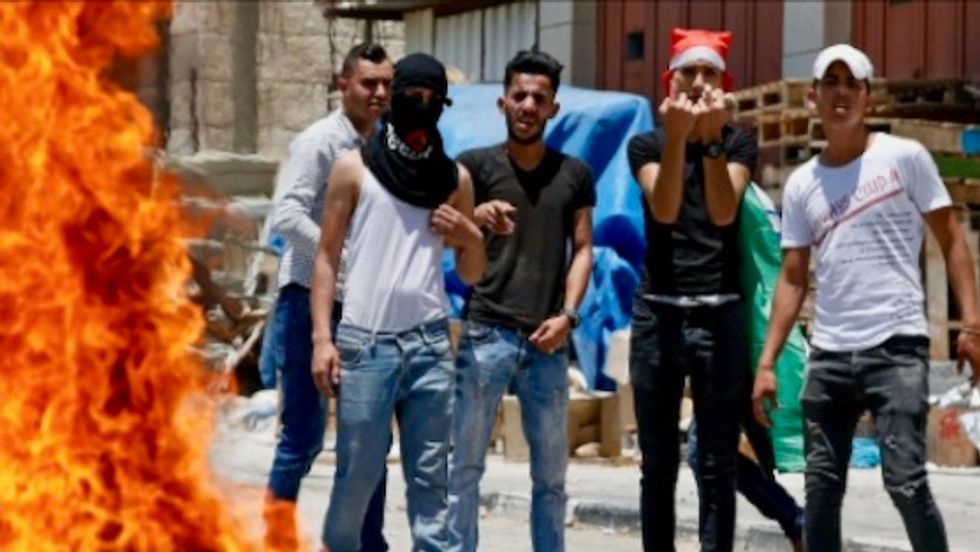 After a wait of two and a half years, the US administration is launching its Middle East peace plan Tuesday -- with an economic initiative that the Palestinians are boycotting.

For this most unconventional of US presidents, Donald Trump's Middle East peace-making bid is unlike decades of previous US attempts.

There is no talk of land swaps, a Palestinian state or other political issues that have vexed diplomats for decades.

The Trump administration says it will get to the political issues later.

For now, its plan will open over cocktails and dinner Tuesday evening in Bahrain at an intimate two-day "economic workshop" at a luxury hotel overlooking the Gulf.

Led by Trump's son-in-law and adviser Jared Kushner, the "Peace to Prosperity" framework dangles the prospect of $50 billion of investment in the Palestinian territories and neighbouring Arab countries over 10 years.

Listing a slew of projects to develop roads, border crossings, power generation and tourism, the framework sets an optimistic goal of creating one million Palestinian jobs.

But the Palestinian Authority and its rival Hamas have both denounced the initiative, saying it amounts to a bid by the unabashedly pro-Israel Trump to buy them off in return for not enjoying their own state.

"For America to turn the whole cause from a political issue into an economic one, we cannot accept this," Palestinian president Mahmud Abbas said Sunday.

Hundreds of Palestinians took to the streets in the occupied West Bank on Monday to denounce the conference.

Near Hebron, demonstrators burned pictures of Trump and the king of Bahrain.

They sat around a coffin that read, "No to the deal of the century", a derogatory phrase for the US president's ambitions in the Middle East.

Israeli Prime Minister Benjamin Netanyahu has cast the Palestinians' stance as a sign that they are not serious about peace.

"I don't understand how the Palestinians rejected the plan even before knowing what it contained," Netanyahu said.

The right-wing Israeli leader has spoken in recent months of annexing parts of the West Bank, a move that could effectively close Palestinian hopes of their own state.

The US ambassador to Israel, David Friedman, has said that Washington could accept the annexation and the Trump administration has hinted that its political plan will not mention a Palestinian state -- a sharp shift from the goal of years of US diplomacy.

Trump has already taken landmark steps to support Israel including recognising bitterly contested Jerusalem as Israel's capital, and Kushner is a family friend of Netanyahu.

Most European allies of the United States, uneasy about the Trump administration's hawkish instincts, are staying away from Bahrain.

In attendance will be oil-rich Gulf Arab states, who would be expected to pick up the tab for the massive Palestinian investment if the plan succeeds.

Jordan and Egypt, the only two Arab nations to have signed peace deals with Israel, will also send mid-level officials.

However, Jordanian foreign ministry spokesman Sufyan al-Qudah insisted that "no economic proposal could replace a political solution that ends the occupation" of Palestinian territories by Israel.

Gulf Arab rulers have increasingly found common cause with Israel due to their shared hostility to Iran, reinforced by rising friction between Tehran and Washington.

In an apparently unprecedented step, a handful of Israeli journalists invited by the White House are flying openly to Bahrain.

Most Arab nations ban Israeli citizens unless they enter on other passports, although Bahrain -- whose Sunni rulers have especially tense relations with Iran -- is comparatively open to Israel.

Richard LeBaron, a former US diplomat in the Middle East, said that the Trump administration fully expected that the Palestinians would stay away.

But Bahrain allows Kushner to portray Palestinian leaders as not caring about their own people as he keeps advancing Israeli interests, said LeBaron, now a senior fellow at the Atlantic Council think tank.

"The 'failure' of the Manama workshop will be success for the Trump strategy," he wrote in an analysis.

"It will permit Kushner and his colleagues to claim that they tried their best to address the situation and allow them to blame others for not cooperating."