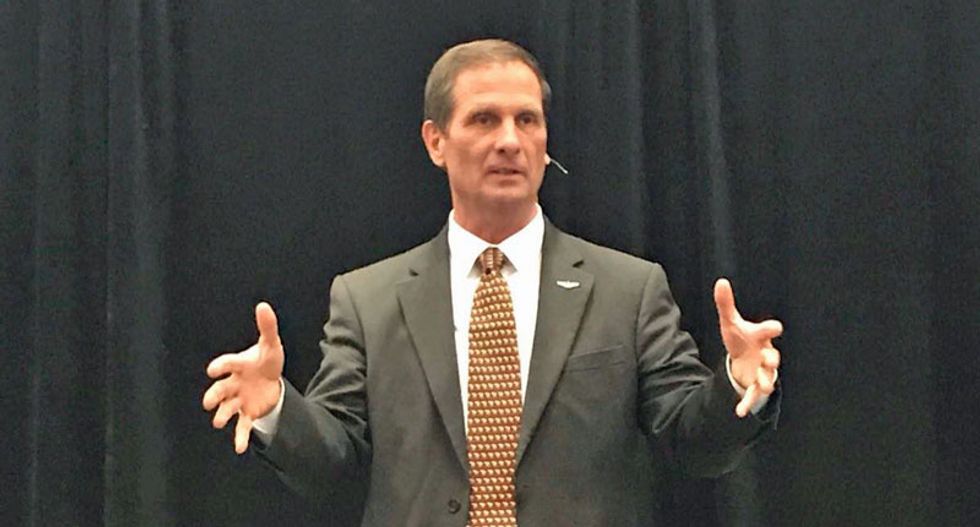 President Donald Trump's poor standing in Utah could cause big electoral problems for one of his loudest defenders in the state.

Rep. Chris Stewart (R-UT) said Trump would be "foolish" if he did not illegally accept election help from foreign adversaries.

McMullin was born in Provo, attended Brigham Young University, is Mormon and a also prominent conservative critic of Trump.

"Accepting campaign assistance from a foreign government is a violation of federal laws essential to the integrity of our elections," McMullin reminded.

"Chris Stewart has abandoned his principles and freedom's cause in his defense of the president's lawlessness. He's forgotten what and who he serves," he continued.

McMullin went on to ask if Stewart would break the law as Trump suggested.

"Would you accept foreign assistance in your next campaign, Rep Chris Stewart?" he asked publicly on Twitter.

As of publication, Stewart had not answered McMullin's question about whether he would break federal law to get re-elected.

If McMullin were to challenge Stewart in the 2020 elections, he would have until the third Thursday in March to file for office.