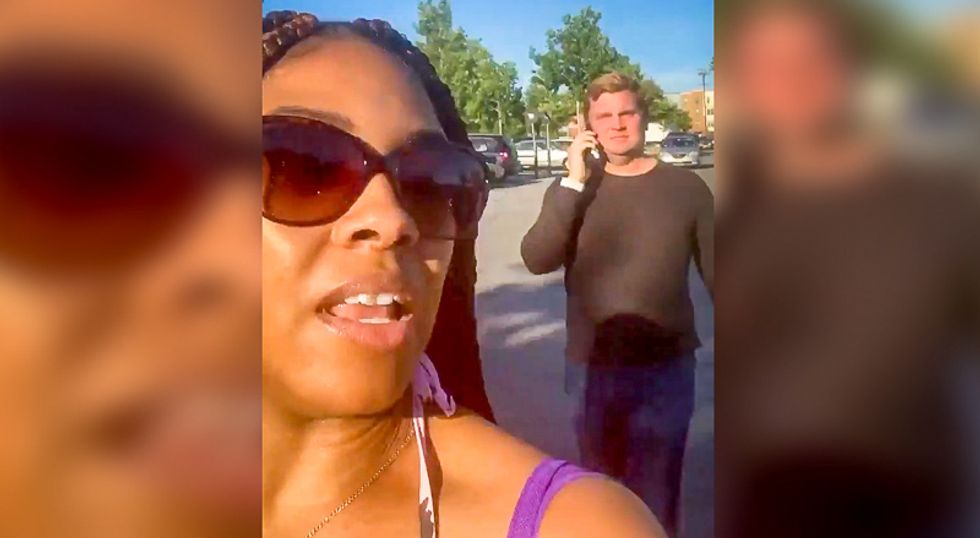 A black Maryland woman says that she was "stalked" by a man because she was using the pool at her apartment.

In a tweet Sunday night, Twitter user @BestFlaw shared video of a man, who is white, appearing to stalk her from behind.

"This white man literally stalked us from his apartment for damn near a mile just cause we were at the pool drinking wine and taking pictures," she wrote on Twitter. "Called the police and all...I cannot make this up

"White people love to lie on black women," @BestFlaw says in the video as the man following her apparently speaks with police on his phone.

At one point, the man accuses @BestFlaw and another black woman of being racist.