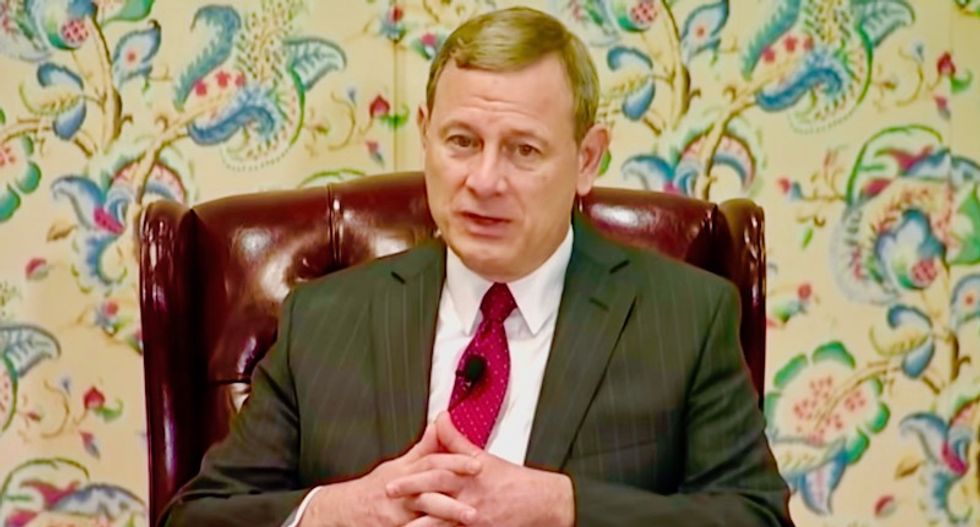 On Thursday, the Supreme Court handed down a series of significant decisions, including a vote to block a citizenship question from the 2020 census.

In the 5-4 decision written by Chief Justice John Roberts, the court upheld a lower court's ruling that Commerce Secretary Wilbur Ross's decision to ask citizenship status on the Census was "arbitrary and capricious."

In an editorial titled The Contradictions of John Roberts, the Wall Street Journal chides Roberts for the judicial philosophy on display.

"The Court is winking at the excesses of the lower-court judge and inviting challenges to the political motives of agency actions that are fully justified under the law," writes the editorial board.

"As Justice Thomas points out in his partial dissent joined by Justices Kavanaugh and Gorsuch, 'the Court has opened a Pandora’s box of pretext-based challenges in administrative law.'” The Journal adds that "The Court is creating a road map for judges and interest groups to examine the record of interagency discussions to declare decisions invalid."

They consider a political motivation.

"Maybe the Chief is trying to ensure the Court isn’t perceived as a rubber-stamp on the Trump Administration after upholding the President’s travel ban last year," they write. "But the ruling establishes a precedent that will be hard to limit and will surely be used by conservatives during a Democratic Administration."

"At least the Chief’s dubious ruling in 2012 upholding the Affordable Care Act under Congress’s taxing power appeared to be a one-time trick to avoid killing the law," they note.

"This mistake also looks political, but the damage to the judiciary and the Constitution will be hard to undo."