WATCH: Fox cuts away from Trump babbling about farmers not being able to connect tractors to the internet 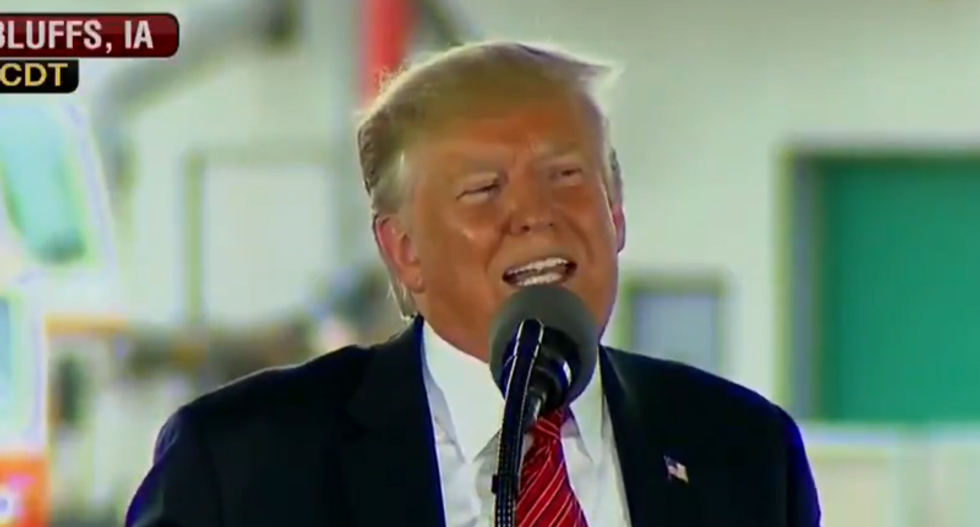 While President Donald Trump was speaking at an event in Council Bluffs, Iowa on Tuesday, his speech veered off the rails, culminating in him complaining about how farmers couldn't hook their tractors up to the internet.

"We secured nearly $1.2 billion to expand rural broadband, which you need very badly. You need very badly," said Trump. "They have not treated the Midwest well with broadband, with anything having to do with the word computer. I look at some of those tractors and they don't even hook up. They're all set. But you don't have the capability in terms of your infrastructure—"

"All right, we're going to talk with your panel about a lot of what the president's been saying," cut in an anchor, quickly turning off the audio feed from Trump's speech.

Modern tractors typically do have internet connectivity, which helps farmers keep track of everything from weather conditions to the total size of their yield.