WATCH: Old Navy employee grabs black woman after falsely accusing her of shoplifting -- then gets fired 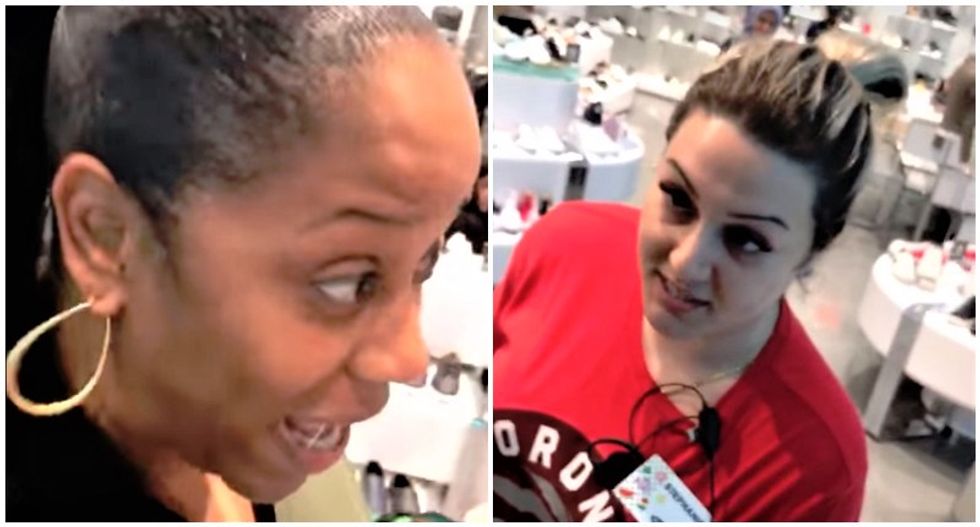 Old Navy this week publicly apologized to a black customer who filmed a viral video that showed her being racially profiled and falsely accused of shoplifting.

Via BET.com, Ontario resident Lisa Calderon on Monday posted a video documenting her experience at an Old Navy store in which she said she was made to feel "uncomfortable" while she was exchanging merchandise.

At some point, she was confronted by an Old Navy employee who accused her of stealing the shirt that she was wearing, while claiming that she had seen video footage showing her wearing a different shirt coming into the store.

Calderon denied stealing the shirt, at which point the employee grabbed her by the wrist and called security.

She then went back to the store and waited for security to review the video footage, which apparently did show her entering the store with the shirt she was wearing.

The store's manager came out and apologized to Calderon, who filed a complaint about being racially profiled in the store.

Old Navy said later in the week that it investigated the incident and had found that there was no justification for treating Calderon the way she was treated by the employee.

"We are so sorry that our customer Lisa Calderon had an unacceptable experience in one of our stores, and we apologize for letting her down," the company wrote on Twitter. We investigated quickly & thoroughly. The employee involved in this situation is no longer with Old Navy."