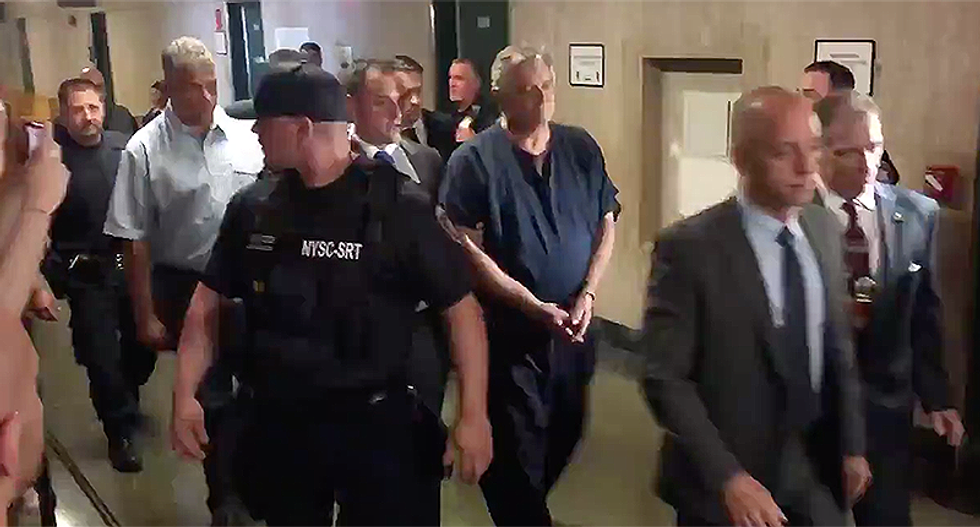 Former Donald Trump campaign chair Paul Manafort appeared in court Thursday for arraignment, and the court crowd was quick to heckle him.

The former international consultant was known for being a snazzy dresser with expensive suits and a $15,000 ostrich jacket. Today, Manafort appeared tired and worn with shaggy hair that had turned gray. The 70-year-old Trump loyalist showed up in handcuffs, dressed in his navy prison uniform.

The long-time Republican walked down the court halls surrounded by police and lawyers. Cell phone cameras were raised to film the perp-walk and the silence was broken by the dozens of photographer shutters clicking.

"Traitor!" one person was heard yelling. In the video uploaded by Washington Post reporter Philip Bump, a uniformed officer could be seen whipping around to look back at who may have shouted, but the group continued to walk.